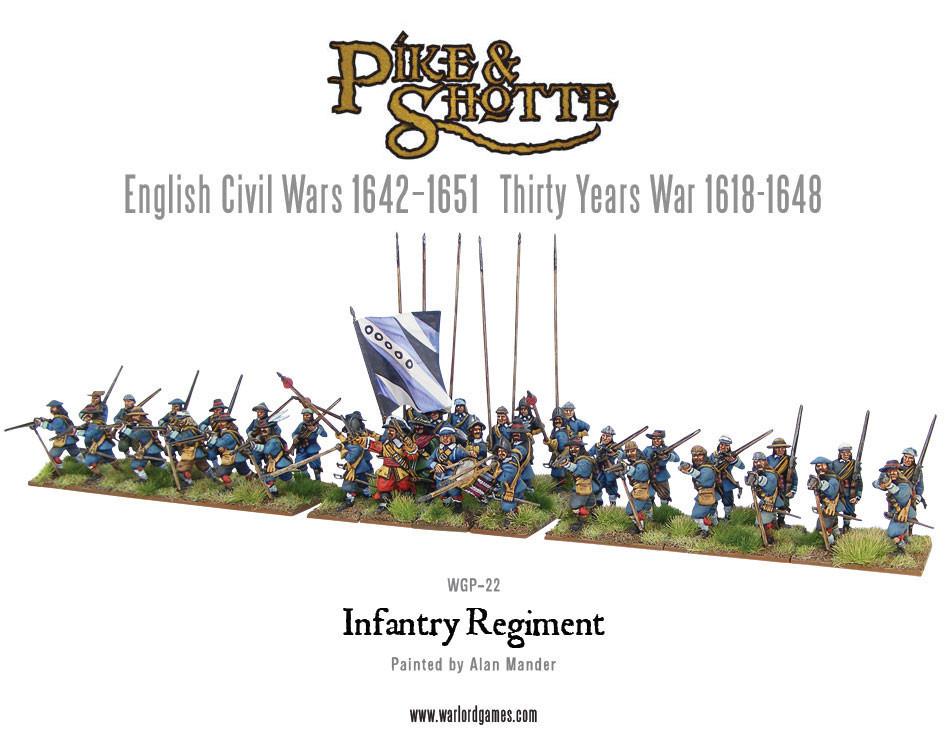 The 17th Century saw the assembling of large regular armies equipped and supplied by the state. Many units, though not all, were uniformly attired for the first time, and formed into companies and regiments then finally brigaded together into tercios or battalias.

Formations on the field could vary enormously as the situation dictated. On paper, a regiment may have ten companies of 100 men each but in reality, due to sickness, casualties and lack of money, regiments could be as small. The norm was to have two equal wings of musketeers on the flanks and a central block of pikemen armed with sharp 16 foot ash pikes. While the slow-firing musketeers whittled down the enemy, the pikes primary role was to provide them with protection from cavalry.

This box contains all you need to field a pike and musket-armed regiment of the period, be it for the Thirty Years War that ravaged Europe or the English Civil Wars where Royalist battled Parliament for control of the country.