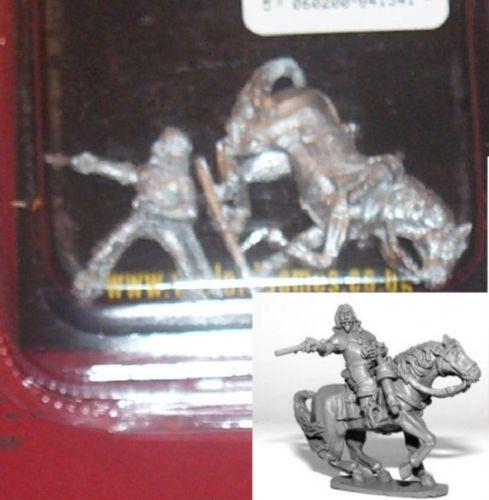 Divisive but powerful, Charles I was the King of England, Ireland, and Scotland. Betrayed by the perfidious Scots he was defeated and eventually murdered (or executed illegally). He was praised as a Saint by the Anglican church during the reign of his son Charles II.
Mounted King Charles I with pistol. Multi-part metal figure, integral base. 28mm scale.
Pack contains one King. Miniature is supplied unpainted and requires assembly. Figure is about 1 3/4" long.