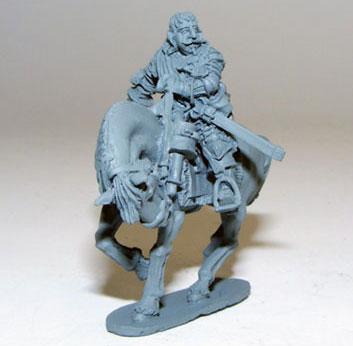 Devereux was a steadfast Parliamentarian. From the Battle of Edgehill (where he was matched against our friend Prince Rupert on the field) to the Lostwithiel Campaign, The third Earl of Essex carried out an admirable military career as the Captain-General of the Roundheads. He was eventually laid low into retirement by the ascendancy of Oliver Cromwell as Lord Protector.
He gained his early military experience fighting in the Thirty Years War for the protestant cause in Germany and the Low Countries. Essex firmly tied himself to the cause of Parliament by warning the five MPs about to be arrested on the Kings orders. He was in fact the highest ranking noble to support Parliament and was made Lord General of al Parliament forces in 1642.
Essex was a naturally cautious general, although undeniably brave. In fact, at Edgehill he was seen in the thick of the action with pike in hand. Beloved by his men, he was nicknamed Old Robin by them as a term of endearment, his regiment becoming known as Olde Robins Foote This fantastic sculpt shows Essex mounted and his hat off taking a salute.