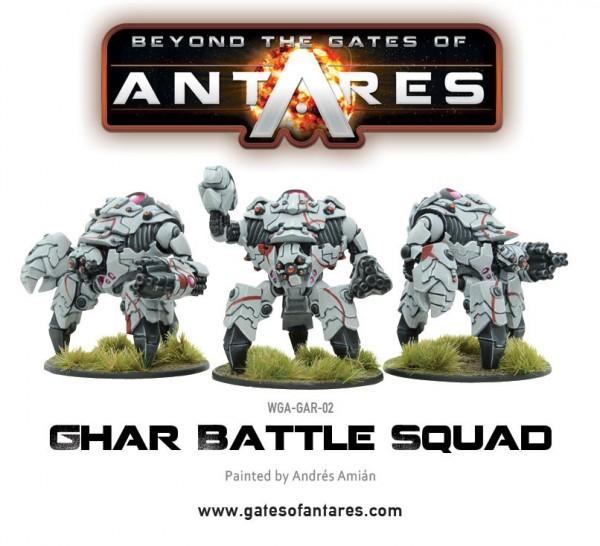 Ghar military formations are built around units of battle-armoured infantry armed with standard claws and multi-functional scourer cannons. These troops make up the overwhelming proportion of Ghar forces together with other battle-suited troopers carrying specialised arms of one kind or other. Ghar battle armour is in many ways more like a small vehicle than conventional armour, a self-contained fighting machine whose pilot occupies a tiny cell within it and interfaces with the machine by means of neural implants.