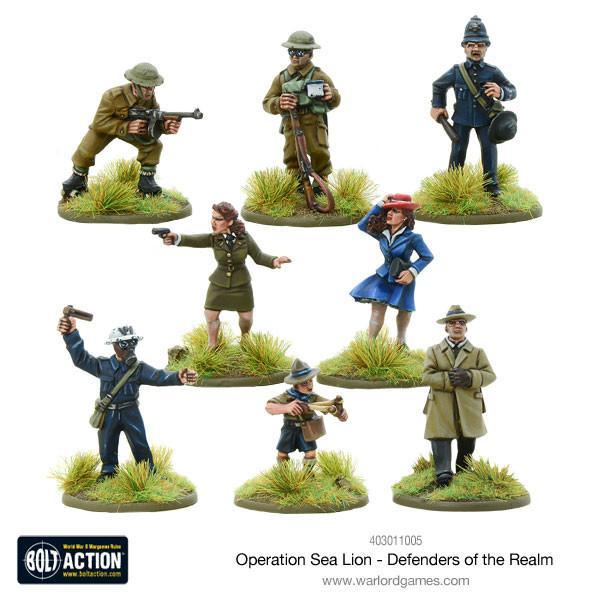 Some might say a gallery of rogues but these people are all stalwarts of the Bull Dog spirit...

Billy "the Whiz" Morgan - Willing to get stuck in even though too young to fight, Billy the boy scout is highly proficient with his homemade catapult... as Mrs Miggins\'s cat at number 10 can confirm!

Shifty Tifty - Loves a cup of char - often found near the officers\' mess on the scrounge - his NCO and section never seem to want for comforts.

J. Stallard - owns the local toy shop and knows how to get his skates on! In between selling his toy soldiers he can also be found playing widow twanky in the local panto.

Bobby Bostock - The glue holding the community together, this local bobby on the beat knows all the tricks - and he\'s way too free with his truncheon.

Warden Lister - Stickler for order, can often be heard over the air raid sirens: "PUT THAT LIGHT OUT NUMBER 43!"

Agent Lewis - is he a Friend or Foe... or does he just lurk suspiciously on street corners?