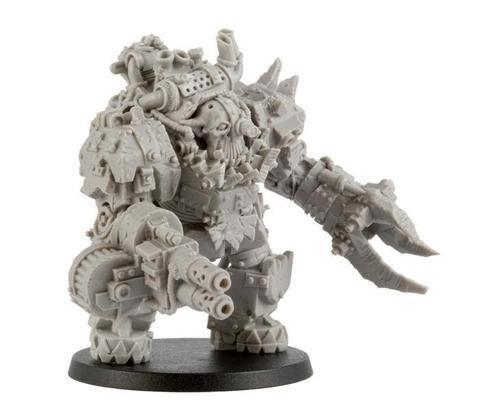 Each model consist of five parts (legs, torso, both arms and head). All these elements are cast in highest quality grey resin and as always you can expect no air bubbles, no warpings and no other flaws. 40mm round plasctic base included.

There are many different parts to choose from (you can see all of them on pictures above):
three pairs of legs in various stances
three torsos (each with different powering system – electric, I.C. and nuclear)
two left arms (one with large buzzsaw and one with deadly Crusher)
two right arms (two with built-in MG's)
five different heads with targeters and googles.

Kromlech pick parts for each Juggernaut randomly (all pieces are fully interchangeable) but you always get one CCW arm and one ranged weapon arm in this set.

Take note that there are two more arms (left MG arm and right mega drill) that are only available in Juggernaut Squad deal.