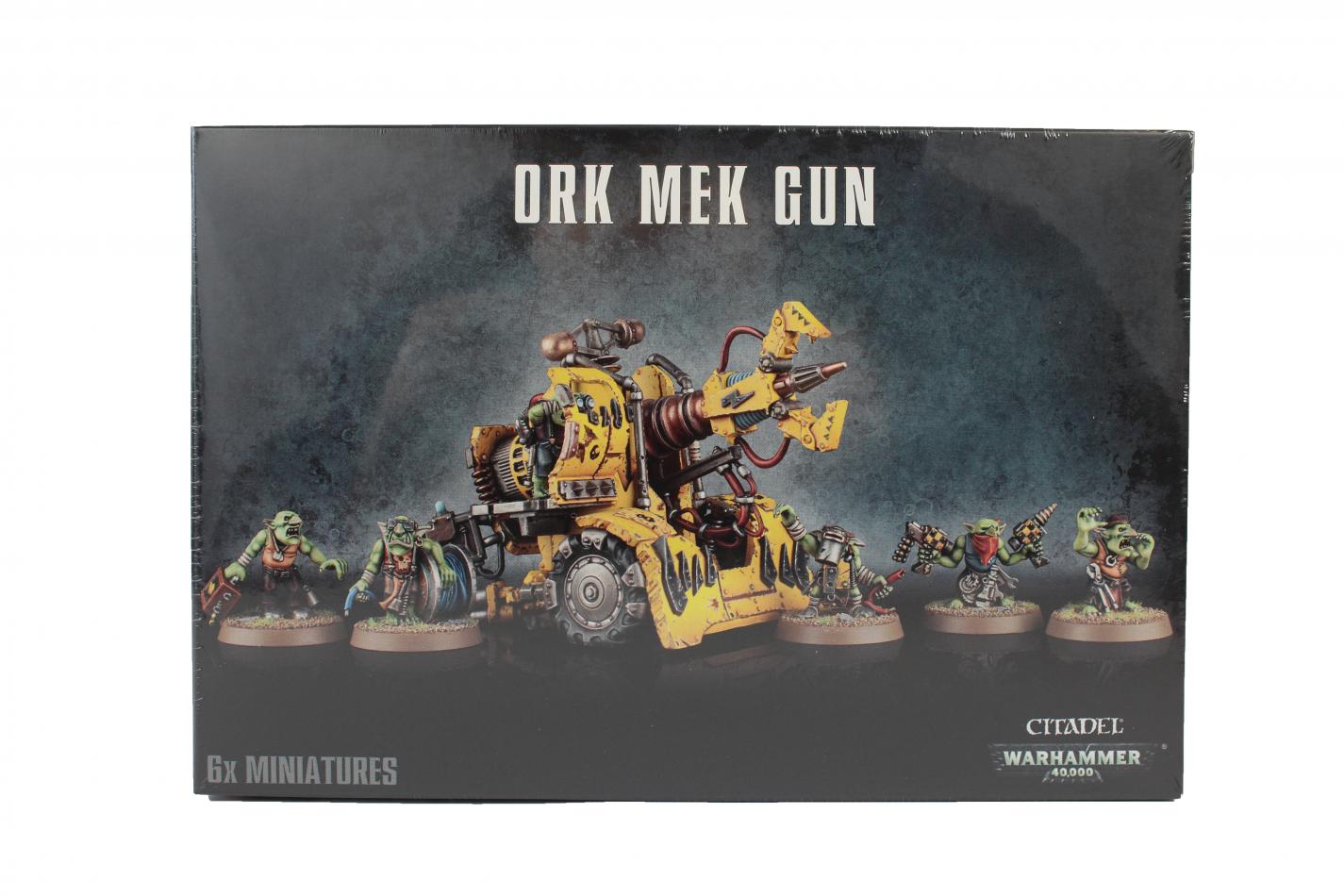 Nothing fires the imagination of Ork Mek Boys more then big guns, and there are few guns bigger than the Mek Guns. These wheeled artillery pieces come in a variety of flavours - the Traktor Cannon, the Mega-Blasta, the Smasher Gun and the brutal Bubblechukka. No Mek Gun would be fired or maintained were it not for it's trusty crew of Gretchin who take delight in making 'big bangs'. This multi-part plastic kit makes one of four possible Mek Gunz and has a six-strong grot crew. It can be assembled as a bubblechukka, a smasha gun, a traktor kannon or a kustom mega-kannon.