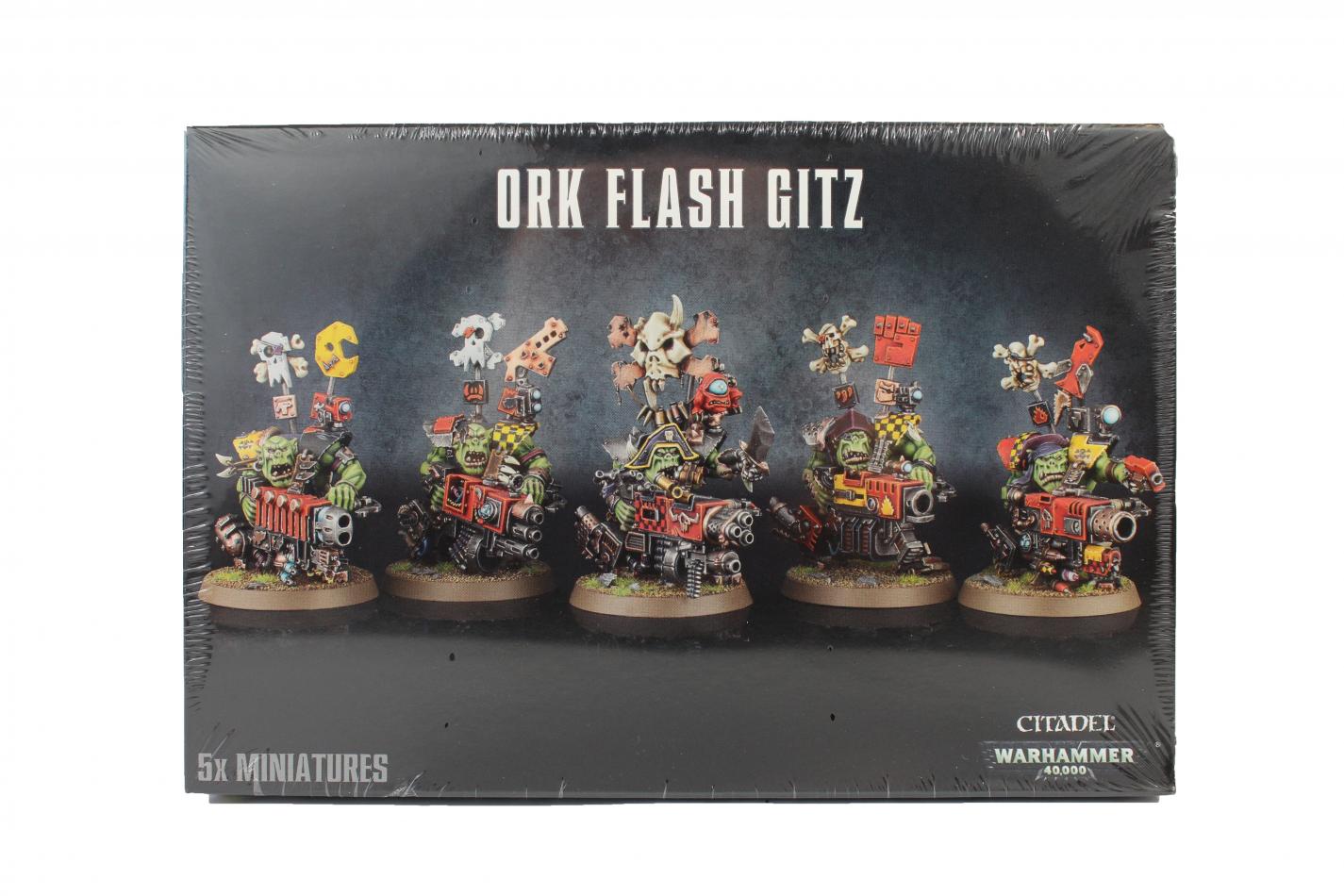 Exiled from their clans due to their general all round flash gittiness, these Orks pride themselves on having the biggest, loudest, shootiest dakka going, and don't waste an opportunity to show it off. They inevitably join up with the Freebooterz and and sell their services to whichever Warboss pays the most. This multi-part plastic kit makes five Flash Gitz armed to the teef with flashy snazzguns. Channel your inner Mek by assembling these kustomised weapons with the engine, gun body, magazine and under slung secondary dakka of your choice. One Flash Git can be assembled as a Kaptin, complete with gitfinda squig and a bionic cutlass-wielding arm. You can customise your Flash Gitz with a host of optional extras including eight back banners, eleven heads and grenades.