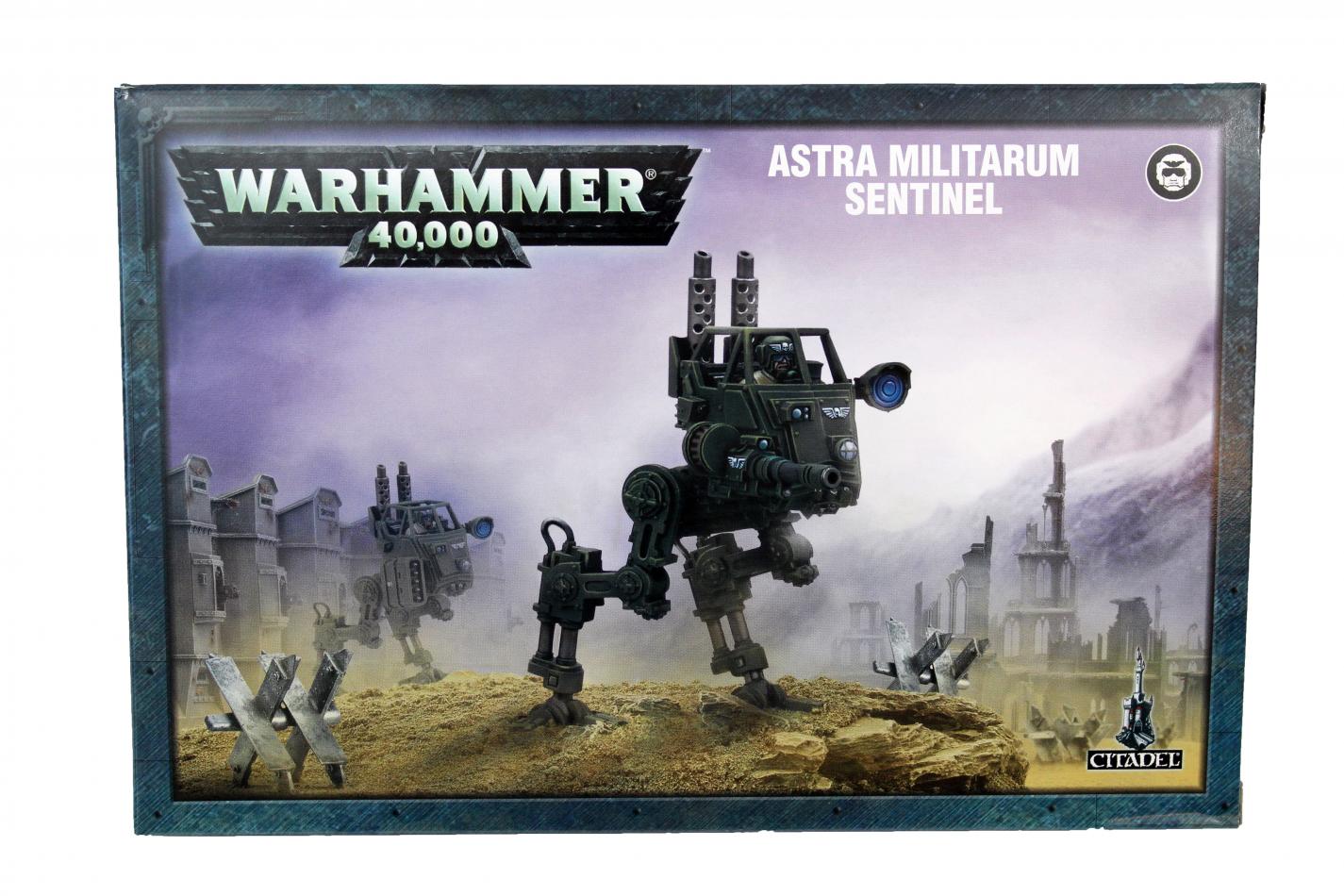 
This box set contains one multi-part plastic Imperial Guard Sentinel. This 59-piece kit has fully articulated legs, allowing for endless poses; contains all of the components to make either an Armoured or Scout Sentinel, and includes two Cadian and two Catachan pilot heads. Also supplied are all of the weapon variants mountable on a Sentinel, including: a multi-laser, a heavy flamer, an autocannon, a lascannon, a plasma cannon and a missile launcher. Model supplied with a 60mm round base.