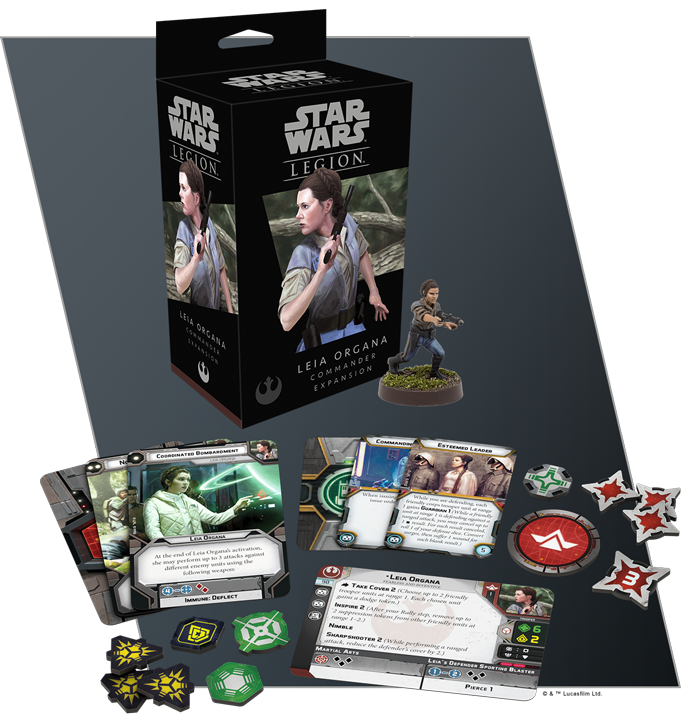 From Alderaanian diplomat to leader of the Rebel Alliance, Leia Organas legacy has been one of inspiration, heroism, self-sacrifice, and leadership. Along with Han Solo and Luke Skywalker, her actions directly led to the ultimate downfall of the Galactic Empireso its only fitting that she takes her place in Star Wars: Legion as the Rebellions second commander, battling alongside Luke Skywalker.

Inside the Leia Organa Commander Expansion, youll find everything that you need to add Leia Organa to your army as a commander. A single unpainted, easily assembled miniature beautifully represents Leia Organa on the battlefield, while new upgrade cards allow you to customize how she is represented in the game. Finally, a hand of three new command cards lets you add a unique touch to your overarching strategies, bringing some of Leia Organas own unique tactics to your games. Releasing alongside the Fleet Troopers Unit Expansion, these two expansions promise new tactics for the Rebellion to employ in their struggles for freedom.