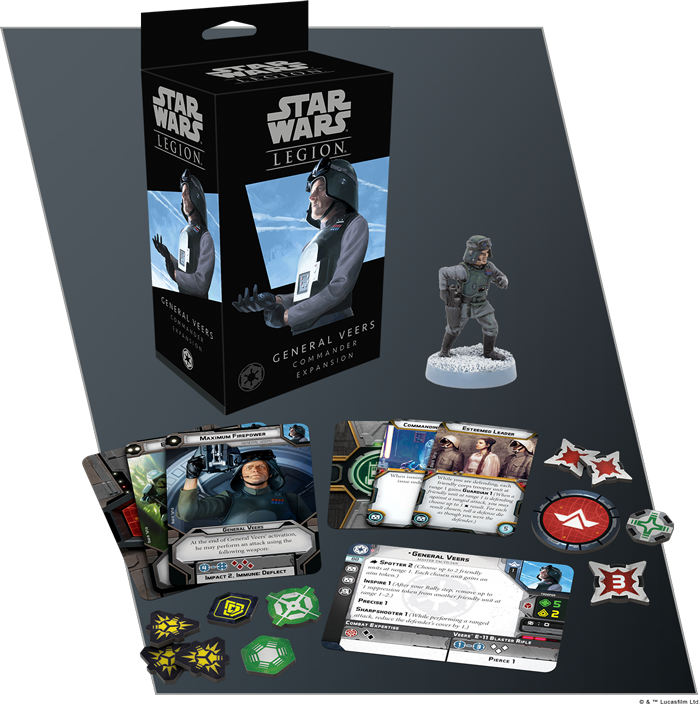 Within the General Veers Commander Expansion for Star Wars: Legion, youll find all the materials that you need to add General Veers to your army as a commanderleading an army on his own or standing side-by-side with another Imperial commander, such as Darth Vader. This expansion pack offers an unpainted General Veers miniature and his three personal command cards, inviting you to bring Veers personal touch to the Imperial armies that you lead into battle. Whats more, like other Unit Expansions for Star Wars: Legion, this Commander Expansion includes a unit card for General Veers and an assortment of upgrade cards that you can use to equip General Veers or another unit for battle in even the most hostile environments.