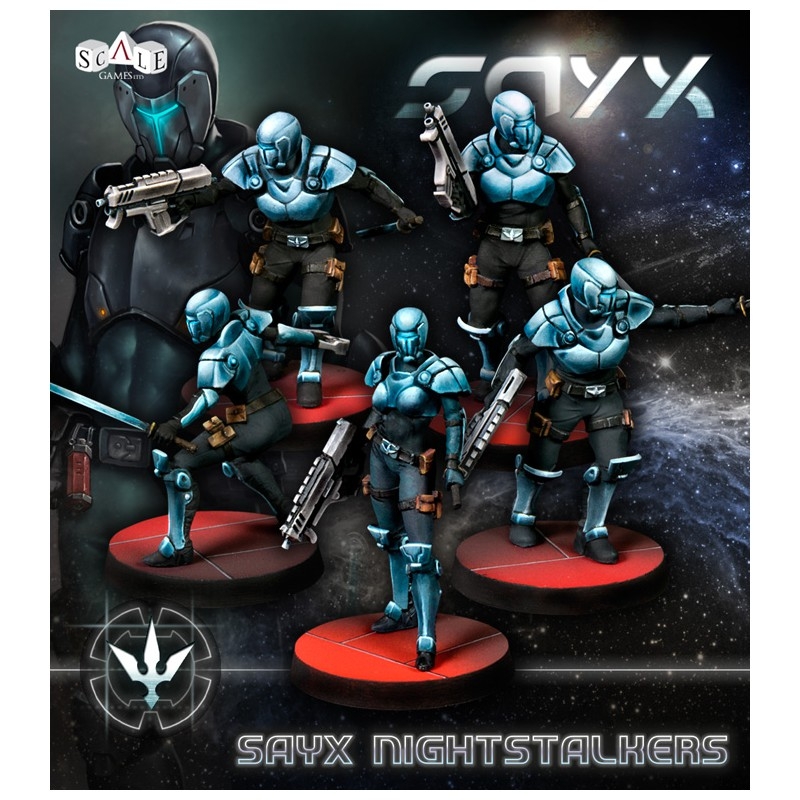 In the universe of Fallen Frontiers different factions fight for control of both planets and their strategic resources in order to proliferate in a galaxy that holds lots of secrets. The players assume control of an army faction that can be shaped by choosing troops, characters, and cards that best adapt to their game style.

This box includes a multi-part kit with:

Please Note:
One Sayx Nightsalkers kit supplied.
Miniatures are supplied unpainted and some assembly may be required.