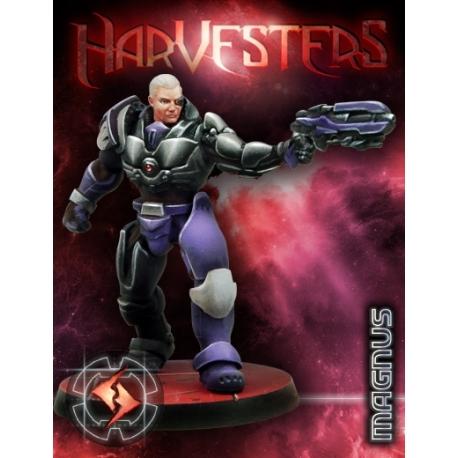 The Harvesters are still a mystery. They attacked Earth without warning and destroyed all communication with Earth colonies. We do not understand their behaviour, it appeared to us they were collecting living beings and assimilating them into their ranks. However we were wrong. When they attacked the Earth their goal was not to harvest humans but to simply destroy key targets. It is clear that there is a plan behind their actions, but we are far from knowing who or what it is.

Alexander was becoming familiar with his new implants, his head was burning and something resonated strongly in his brain. He closed his eyes and concentrated on the annoying interior noise. Soon he realized that this buzzing was not a consequence of what they had done to him. It was code. Thousands of lines that could he could now read. Orders delivered directly into his mind that repeated again and again.