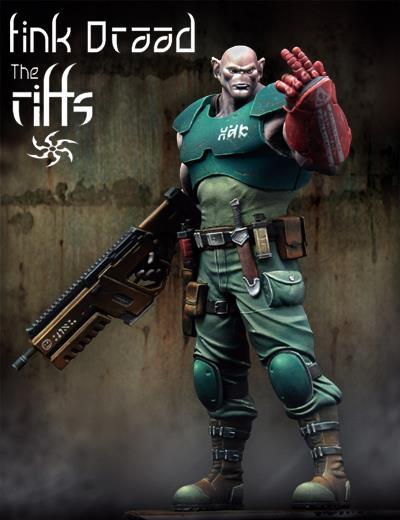 The Riffs are an ancient race, much older than humans. They expanded in a nearby galaxy and quickly learned the horrors of excessive ambition. They saw their own civilization rise, evolve and fall. Some of them left and travelled the universe to peacefully settle down in our own galaxy, however only death and betrayal was awaiting most of them... Now a new force of Riffs has arrived, but their goal is very different. Vengeance.

Fink Dradd is one of the few survivors of the slaughter on Hellion Prime committed by the Sayx Corporation. He escaped the battle with serious injuries and put himself in hibernation on a ship to reach his home galaxy and spread the news of what happened. During the re-conquest of the Hellion system he showed that his tactical skills were matched only by his thirst for revenge. Now he is in charge of ground operations of all Riff contingents in our sector. Revenge continues and Fink is its instrument.