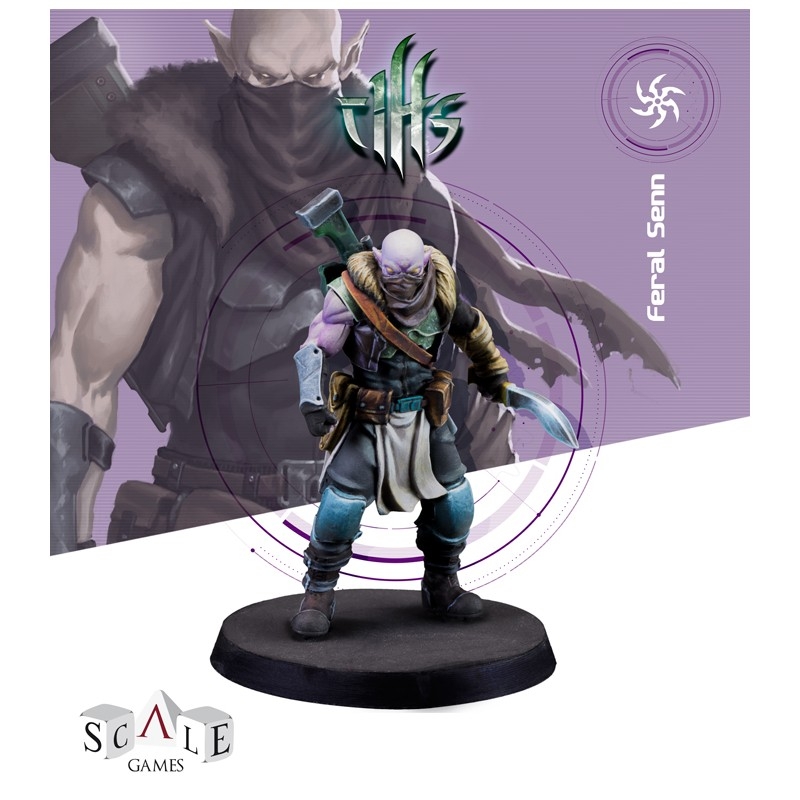 The Riffs are an ancient race, much older than humans. They expanded in a nearby galaxy and quickly learned the horrors of excessive ambition. They saw their own civilization rise, evolve and fall. Some of them left and travelled the universe to peacefully settle down in our own galaxy, however, only death and betrayal was awaiting most of them... Now a new force of Riffs has arrived, but their goal is very different. Vengeance.

Monster. This is the word that Feral repeats in his head most often. A monstrosity for the Riff race, an unholy hybrid with the humans, and even worst still, a Sayx half-blood. For humans, he is not much better, a guinea pig that confirms that Riff genes can be added to the genome of the inhabitants of the earth. Another experiment of dubious morality perpetuated by the Sayx corporation.

Feral and his race have lived away from everything for many years, shunned by all as something that should never happen. He has lived as a monster, he was treated like a monster, and so he became a monster.

Please Note:
One Feral Senn miniature supplied.
Miniatures are supplied unpainted and some assembly may be required.