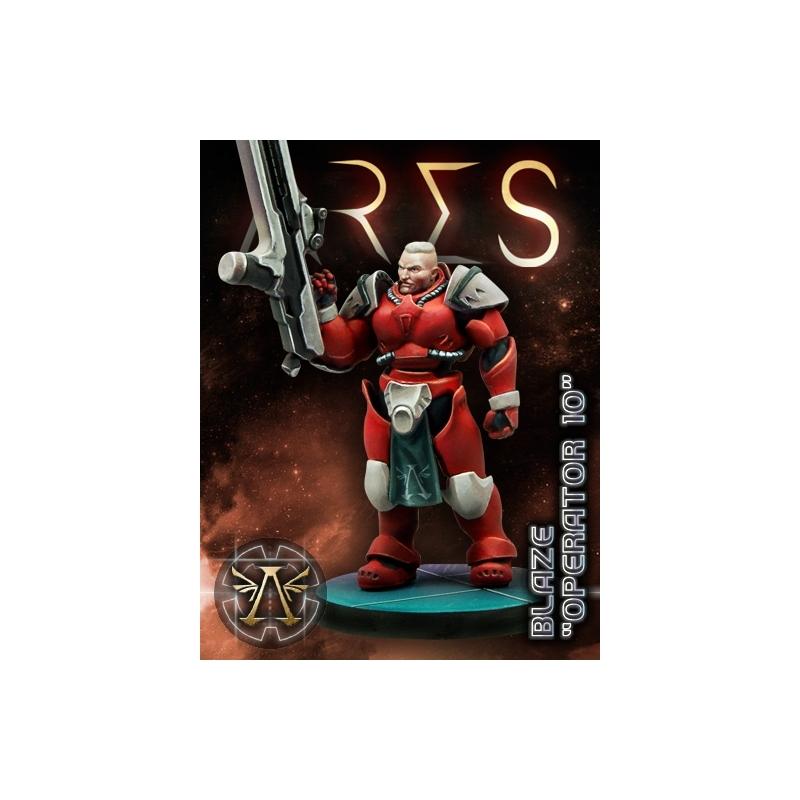 This civilization of aliens designed to look like super-humans is divided into two factions: The "Operators" who serve unidentified masters and the "Ares Condominium" who have been released from the control the masters held over them. The Ares Condominium are creatures with a strong sense of individuality probably generated by their former life as slaves. They have fought hard for their independence, survived a civil war to get where they are, and nothing in the universe will take their freedom.

The first thing an Ares does after he is released and no longer acts as an Operator is to choose his own name, something to leave behind the cold number designating him as an Operator. Elliot was the name that Operator 10 chosen for himself. In the battle of Nox VI, after two days of fighting, Sergeant Elliot armed with his Gauss gun was the only Ares with an operating heavy weapon. In the perpetual darkness of the Nox system, the blaze of his weapon served as guide for the depleted Ares contingent to overcome the defensive line of the enemy. From that day Sergeant Elliots is as unknown as those who fell under fire from his gun, now he is known as Blaze!