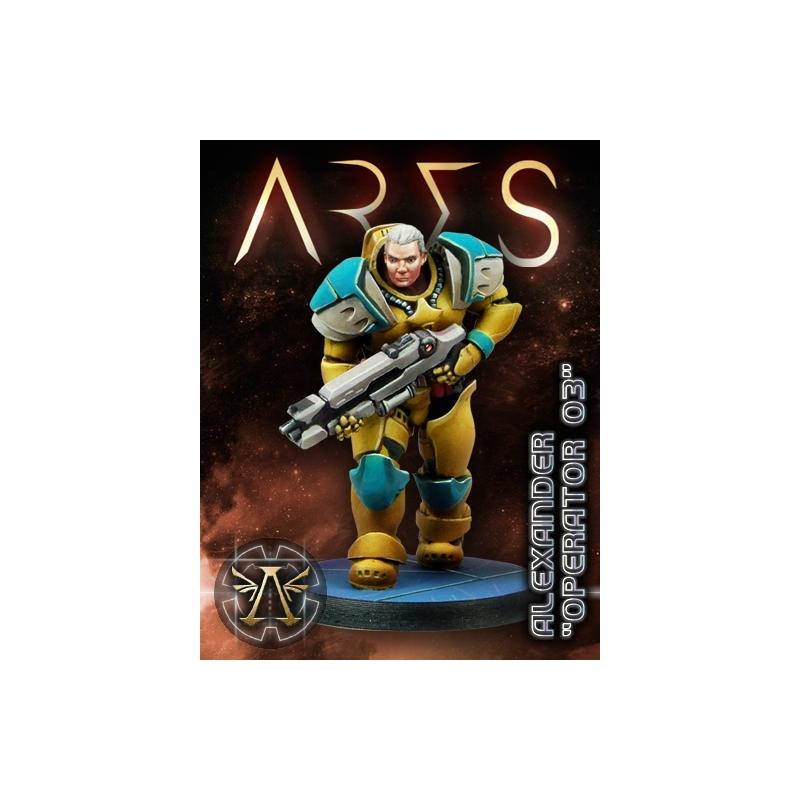 This civilization of aliens designed to look like super-humans is divided into two factions: The "Operators" who serve unidentified masters and the "Ares Condominium" who have been released from the control the masters held over them. The Ares Condominium are creatures with a strong sense of individuality probably generated by their former life as slaves. They have fought hard for their independence, survived a civil war to get where they are, and nothing in the universe will take their freedom.

Alexander was injured during the Ares liberation and captured by the Harvesters, they operated on him and implanted cybernetic upgrades to control him. Having already been a slave once before Alexander was not going to let it happen again. He forced himself to learn to control the implants in his body, so that one day he could rebel and use the Harvesters technology against them.