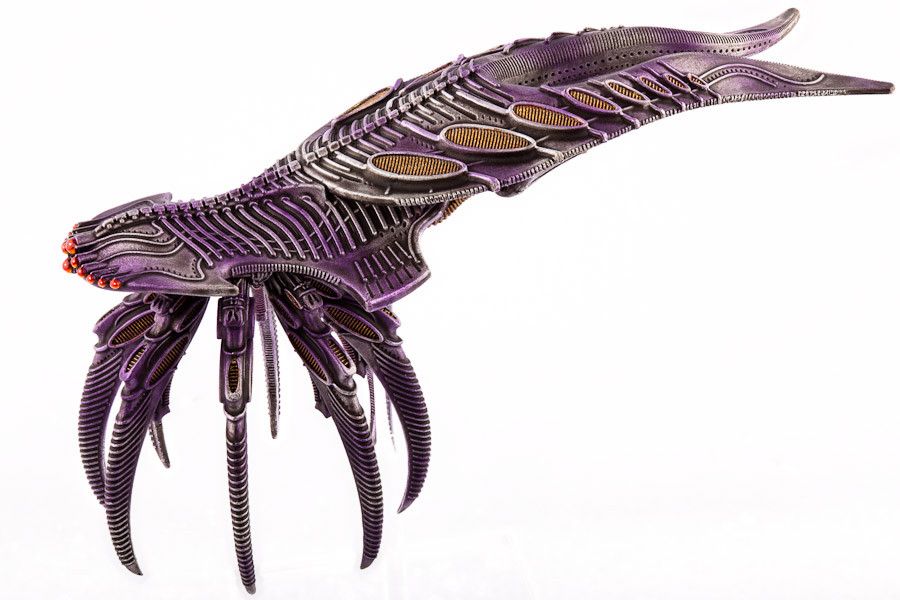 The sinister Desolator is perhaps the most feared of all Scourge engines of destruction, although it is thankfully a rare sight. Its distinctive floating silhouette is mainly derived from its colossal weapons system, the frankly shocking Ion Storm Generator. The majority of the enormous aircraft's power matrix is dedicated to feeding this vast superweapon.

Due to the Ion Storm Generator's indiscriminate lethality, the Desolator often operates away from the main force to avoid friendly fire. Indeed, groups of Desolators are occasionally used to wipe whole grid references clean of enemies, especially when the enemy is without air cover.

Due to its great bulk and the massive power requirements, the Desolator is fairly slow for an aerial unit. Although this is a small blessing for beleaguered defenders, the inexorable advance of these behemoths is enough to corrode morale and ultimately cause rout.

The Desolator also appears to be occasionally employed in some sort of command role. Clearly, the Scourge leadership caste prefer to take to the battlefield in the most terrifying chariot their prolific technology can provide. The elimination of Desolators whenever they appear is a primary UCM tactical directive, since their destruction is not only great cause for relief, but also seems to break up Scourge unity of movement.