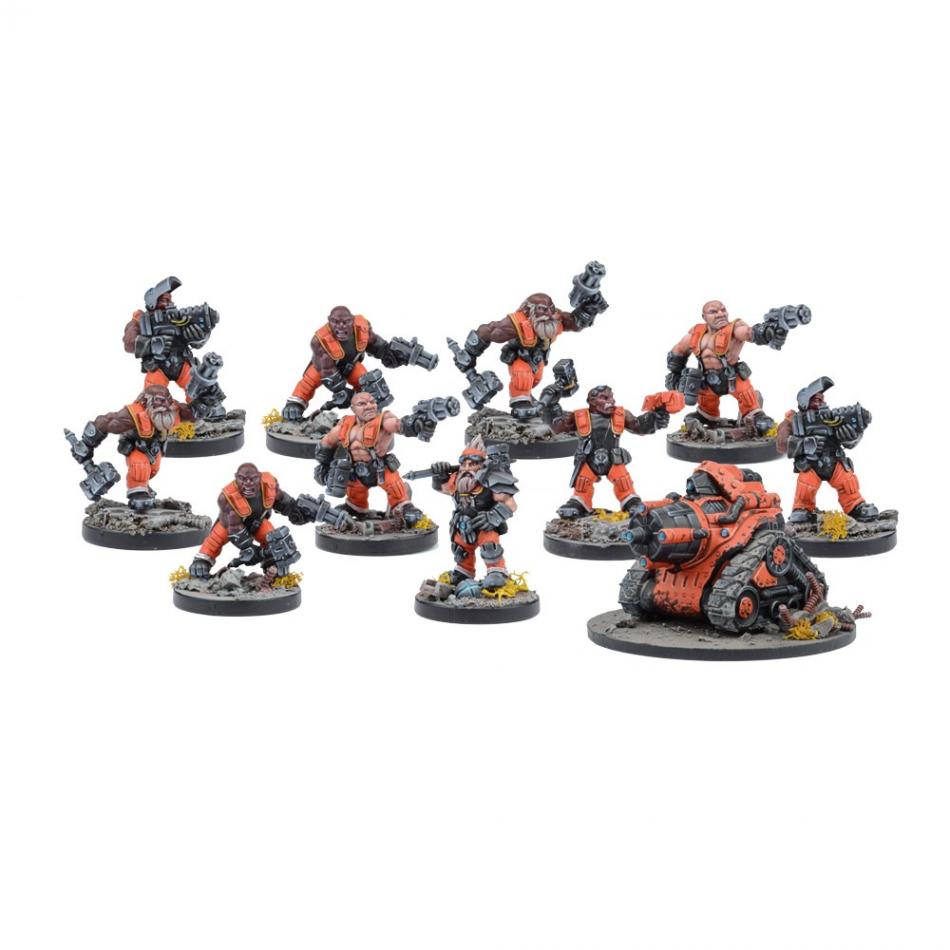 Hot tempered and viewed as coarse by their Forge Father brethren, Brokkrs are nonetheless as capable with a weapon as with a tool or negotiation. Generally, they prefer to get stuck in up close with small arms, but occasionally theyll pick up a big gun, too.

This set contains 11 plastic models, including: