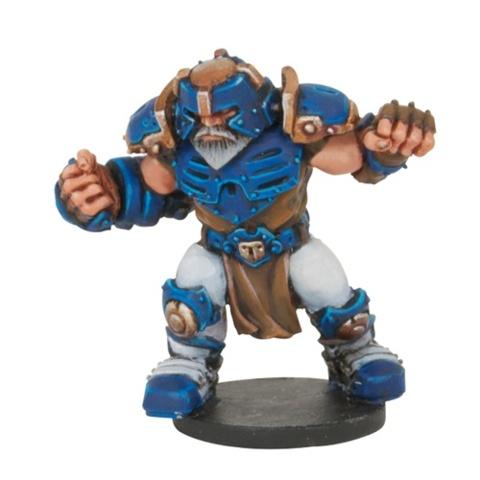 Lead your team to victory on the bloodstained pitches of the greatest sport ever played!

Nobody expects Forge Fathers to be fast, and its true that even Gorim is unlikely to break any records again the Veer- myn. But among his kin he shows a real turn of speed. Whilst you might be forgiven for expecting an old warrior to take up the game as a Guard, Gorim now avoids combat entirely, preferring instead to pay as little attention to the opposition as possible as he goes about his scoring. This entails absorbing quite a lot of punishment, which he soaks up without complaint. As his fans in the crowd roar, He can take it!