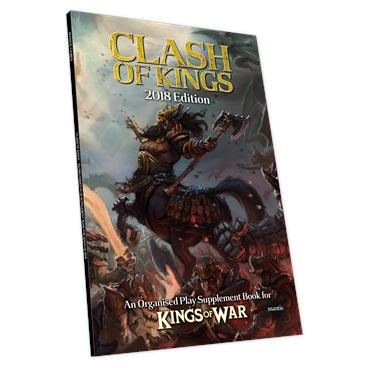 Inside this book you will find the concluding narrative to our epic Kings of War summer campaign that ran last year as well as the altered map of Mantica! Most exciting for players though will be all the new and changed units, spells and artefacts which we have concocted along with the Rules Committee to help put a whole new spin on armies and the way the game is played.

So sharpen your swords, polish that armour and lets march to war!

Conclusion to the Edge of the Abyss campaign  see the new map, which was changed by YOUR games and read whats happened to the theatres of war detailed in the course of the campaign

New units  the majority of factions will receive brand new units or Living Legends, such as a legendary Rock Thrower for the Goblins and a mythical Fire Elemental for the Salamanders/Forces of Nature

New formations  after launching a handful of formations in the Edge of the Abyss campaign, the Rules Committee has now added extra formations for the remaining armies