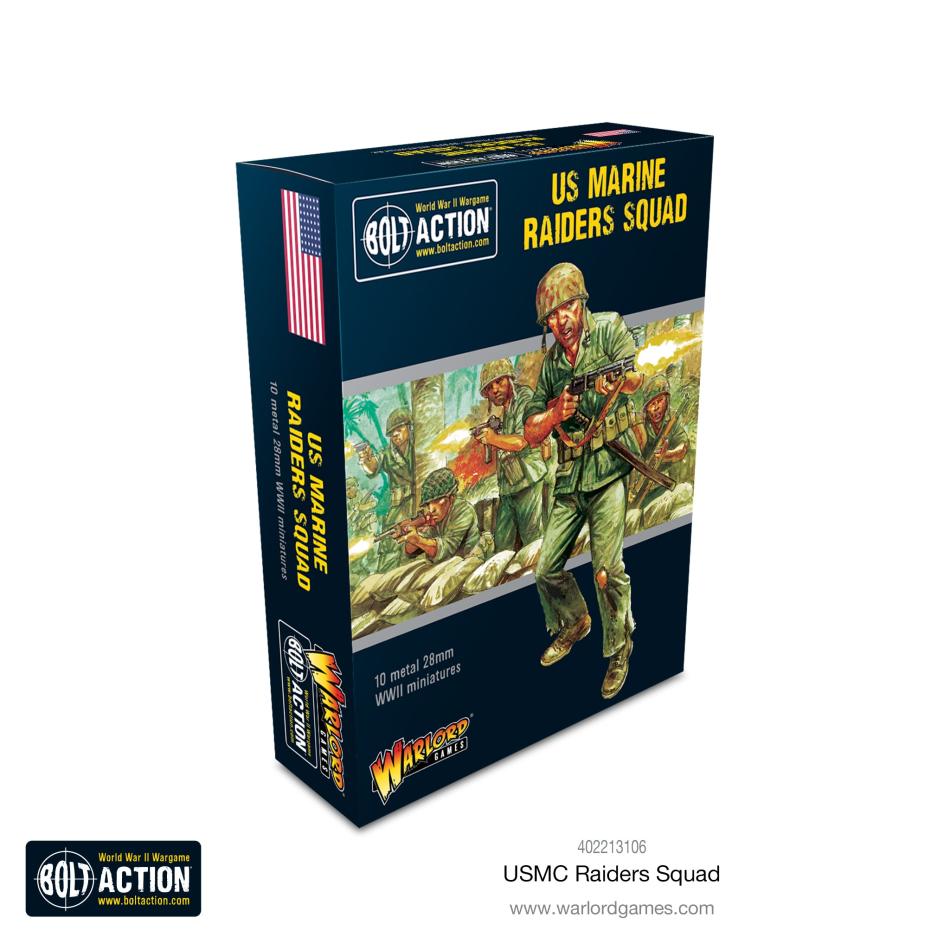 Formed from within the US Marine Corps in 1942 when the war in the Pacific was at a difficult juncture for the Allies, the US Marine Raiders were to act in a similar fashion to the British Commandos and other special forces. However, the war in the Far East was not the same as that in Europe or the Mediterranean and rather than fighting as small, lightly armed units deep in enemy territory the Raiders found themselves fighting alongside regular troops more often than not.

Two famous units of Raiders were named after the commanding officers charged with training them in hit-and-run tactics - Edson\'s 1st Raider Battalion and Carlson\'s 2nd Raider Battalion. For two years these elite units took the fight to the Japanese from Makin Atoll to Guadalcanal. The Raider battalions were amalgamated into the 4th Marines Division in 1944, acting as regular Marines for the duration of the war.