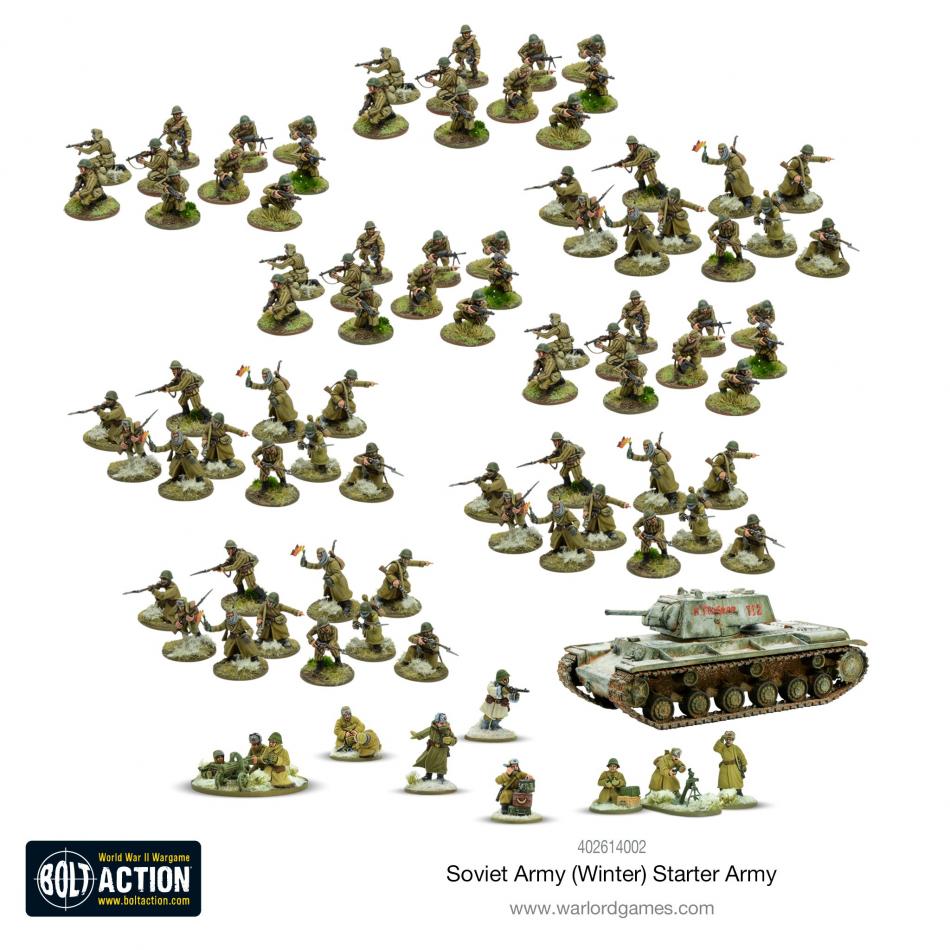 Soviet HQ (4 metal figures)
Soviet MMG team (metal)
Soviet medium mortar team (metal)
KV-1/KV-2 tank (plastic)
80 Soviet infantry (plastic)
Hitler was confident of a short campaign as his German army crashed over the Russian border in 1941. Heroic defence by the massive Soviet armies slowed the Nazi advance. The brave, solid, and loyal Soviet soldiers endured dreadful battle conditions and their equipment was unsophisticated but functional, much like the troops themselves. What they lacked in quality they made up for the sheer numbers in their troops and equipment available to them â as Josef Stalin famously said âQuantity has a quality all of its own.â

This starter army for Bolt Action contains enough troops to make a sizeable starter army for the defence of the Motherland in the bitter winter that beset the Eastern Front. The bitter fighting in Finland had taught some hard lessons to the Red Army where thousands of their men fell victim to frostbite. The cold weather kit later issued was warm and comfortable, frequently padded or quilted, and was much envied by the German troops shivering in thin overcoats.