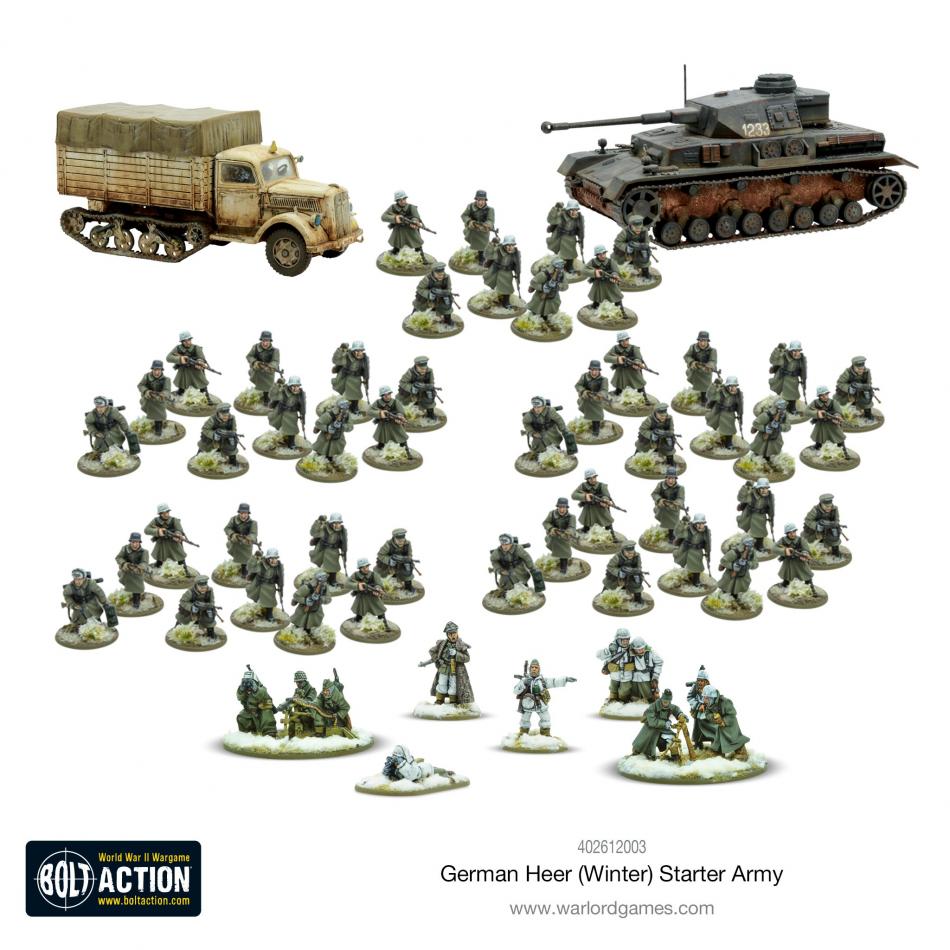 48 plastic Infantry in greatcoats
1 metal German HQ
1 metal MMG Team
1 metal Medium Mortar Team
1 plastic Opel Blitz/Maultier
1 plastic Panzer IV
Adolf Hitler\'s aggressive campaign across the world ensured his troops would face the enemy in all environments and climates. None were more unforgiving than the harsh winters on the Eastern Front or in the Italian hills and mountains. The resourceful German Lander often had to make do with little more than their standard-issue woollen greatcoat gloves, scarves and a steely determination to not stave off only the cold, but also be able to fight and win.

This boxed set is a great starting point for a Winter German Heer force, whether you intend to campaign in the Battle of the Bulge, the cold Italian winters, or the bitter struggle on the Ostfront. With a strong base of infantry at its core, supported by powerful German armour and weapons teams, youâll have a visually striking force ready to tackle US, British or Soviet opponents.