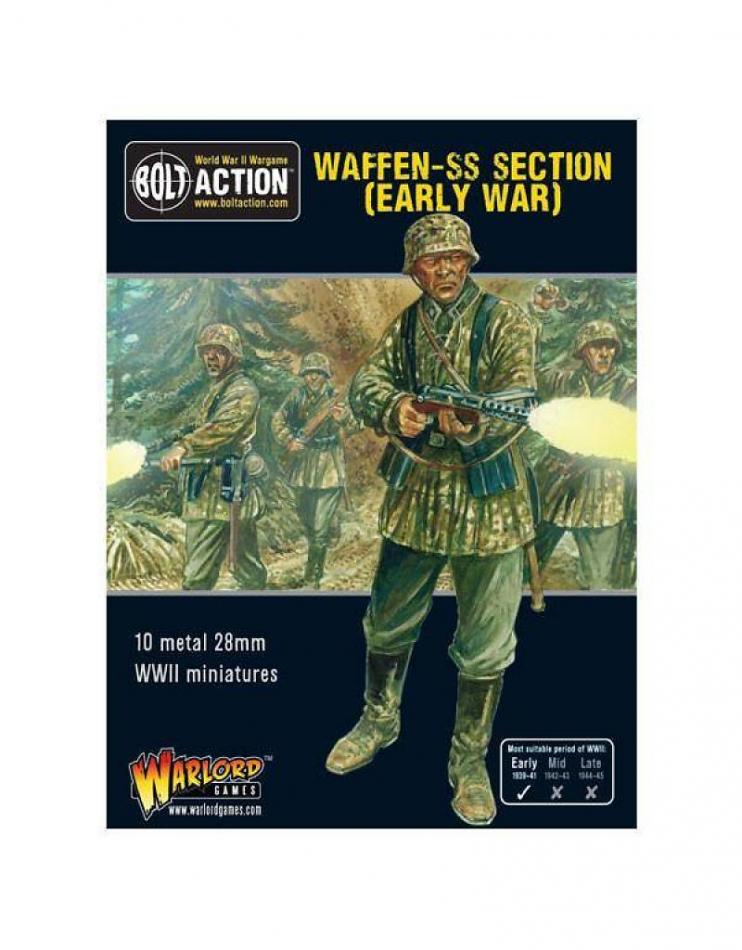 As Hitler\'s military machine unleashed their devastating assault on Poland in 1939, the SS were still in the process of transitioning from political to military organisation, becoming the Waffen-SS (armed SS) and the military wing of the Nazi party

Well-supplied and well-led the fanatical Waffen-SS were an increasingly formidable fighting force. These controversial but elite troops were dogged by accusations of atrocities, particularly in Poland and on the Eastern Front during Operation Barbarossa


Dressed in their trademark camouflage smocks and helmet covers, and with squads often built around the firepower of the reliable Czech-made CZ-26 light machine gun, the Waffen-SS were at the forefront of the German Blitzkrieg offensive in the early stages of World War II