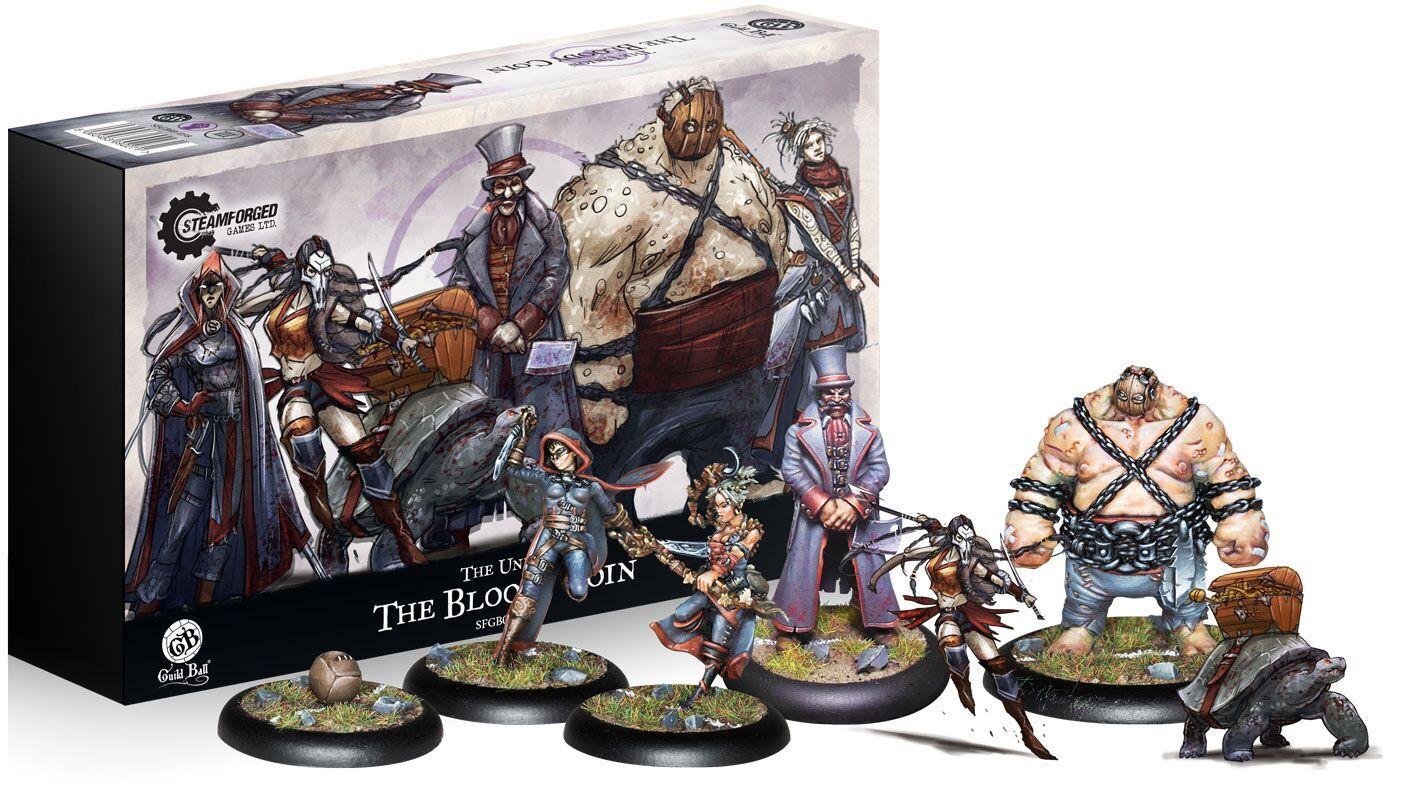 The Union: The Bloody Coin

Aye, I was there that dark day, when Rage drew his line in the dirt. And one by one, they followed him, as the mean, gore covered bastard stared at them and offered them each a bloody coin. Thats when it all changed. When Rage became the Usurper.

A fractured mind governed by a lust for destruction, Rage rules his team through fear and a blood soaked clever. Having usurped the Union throne from the Pirate King, he has forever changed the world of Guild Ball and begun a chain of events that will end in bloodshed and destruction.

Mercenaries to their core, those who take to the pitch with Rage act more like a vicious gang than a professional Guild Ball team. These players are willing to do whatevers necessary to win: poisoning, bleeding, or bludgeoning their way to victory. Aggressive and ferocious, coaches will love beating the opposition into submission with this team.

In the shadow of the Usurper, this set includes: a ball, 6 player cards, bases, and 6 players: Veteran Rage, Strongbox, Snakeskin, Fangtooth, Minx, Hemlocke.