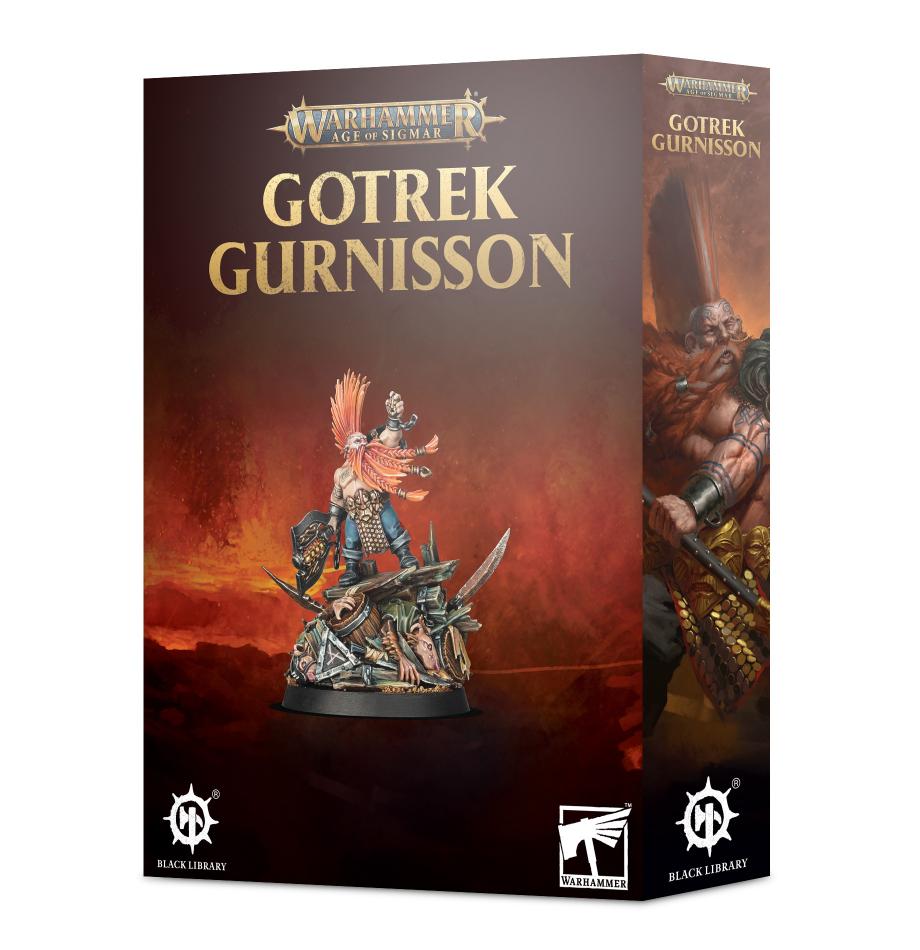 Gotrek makes a fearsome addition to Order armies. His skill with the mighty axe Zangrom-Thaz makes him (as you would expect) a superlative monster hunter, and a threat to any Hero  even the largest beasts of the Mortal Realms should beware the Slayer's wrath. If, by some chance, anyone survives to hit him back, the Shoulder Plate of Edassa will guard against their blows. Basically, if you want a Hero who will kill everything in his path, you want Gotrek.

Gotrek Gurnisson is a plastic kit supplied in 15 components. He comes with two options for bases  a 32mm round base for using him in your games, and a 40mm round base with scenic detailing depicting dead Skaven, scattered weapons, discarded shields, and splintered wood  perfect for a display model worthy of Golden Demon!

You'll find a warscroll for Gotrek in the box, allowing you to use him in your games of Warhammer Age of Sigmar.