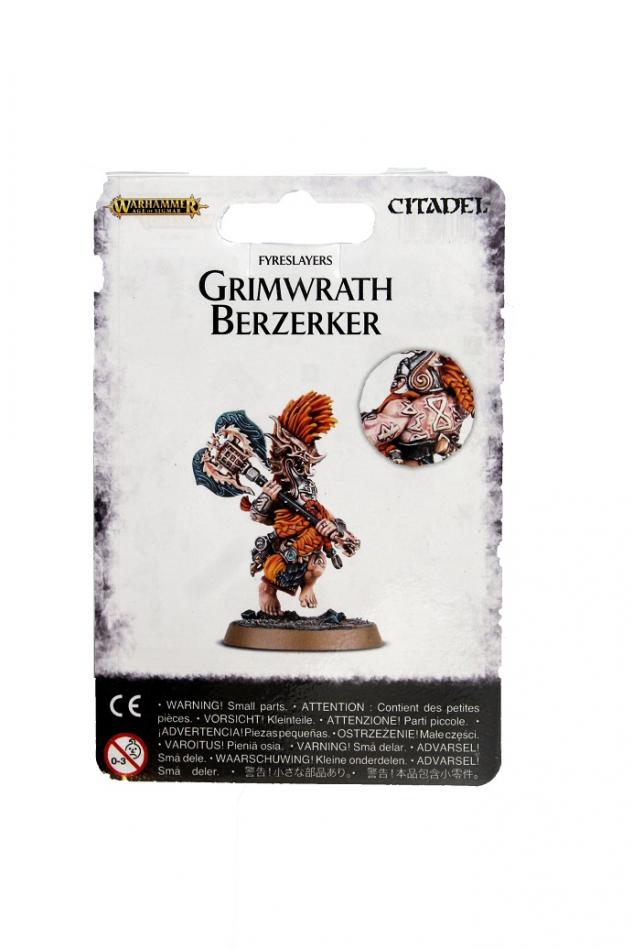 vatars of the berserk, destructive power of Grimnar, the Grimwrath Berzerker burn bright with the might of their God. Charging into the fray with a bellowing war cry and an axe raised high, they have no thought of themselves, as pain is nothing to a Grimwrath Berzerker. Glowing bright, covered in runes of ur-gold a Grimwrath can shrug off even the most deadly of blows and he is sure to go down in legend within his Fyre lodge, taking many enemies with him before the end.