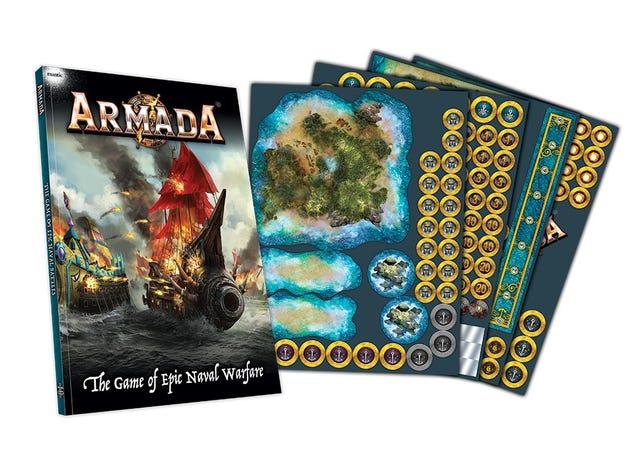 Armada is a naval wargame set in the world of best-selling fantasy battle game, Kings of War. Based on the Black Seas ruleset by Warlord Games, Armada takes historical naval battles and gives them an epic fantasy twist.

Players command a fleet of six to nine ships to capture terrifying sea monsters, unleash devastating broadsides against their opponent, upgrade their ships with arcane magic and execute daring boarding actions. Each faction has been brought to life with stunning resin boats.