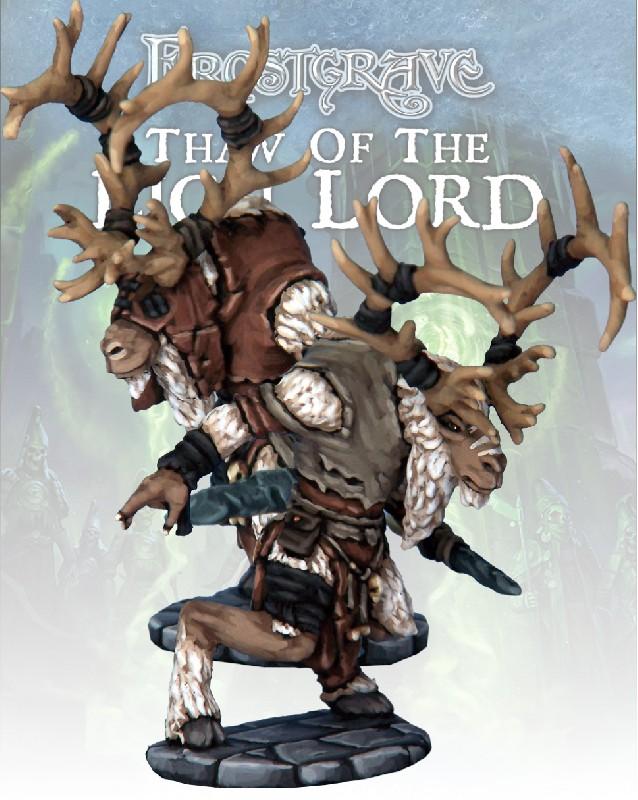 Rangifers appear to be hybrids of reindeer and man, and display some intelligence  they use and manufacture simple tools, often wear simple clothing, and possess a rudimentary language. Whether they are natural creatures or some creation of the ancient breeding pits of Felstad is no longer known but, regardless, they now represent one of the largest populations of living creatures in and around the ruins. For reasons unknown, the rangifer have an inherent hatred of the undead and will often attack such creatures on sight. They have even demonstrated an ability to defeat more powerful undead that typically require magic to vanquish.