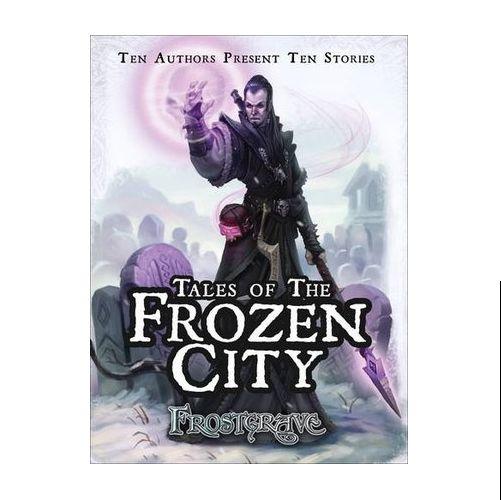 Frostgrave - Tales of the Frozen City

Long ago, the great city of Felstad sat at the centre of a magical empire. Its towering spires, labyrinthine catacombs and immense libraries were the wonder of the age, and potions, scrolls and mystical items of all descriptions poured from its workshops. Then, one cataclysmic night, a mistake was made. In some lofty tower or dark chamber, a foolish wizard unleashed a magic too powerful to control. A storm rose up, an epic blizzard that swallowed the city whole, burying it deep and leaving the empire as nothing more than a vast, frozen wasteland. The empire shattered, and the magic of the world faded. As the centuries came and went, Felstad passed from history to legend and on into myth. Only a few wizards, clinging to the last remnants of magical knowledge, still believed that the lost city had ever actually existed. But their faith was rewarded.
After a thousand years, the fell winter has passed. The snows have receded, and Felstad has been uncovered. Its buildings lie in ruins, overrun by undead creatures and magical constructs, the legacy of the empire\'s experiments. It is an evil, dangerous place. To the few hardy souls who inhabit the nearby villages, the city has acquired a new name, âFrostgrave\', and it is shunned by all right-thinking people. For those who seek power and riches, however, it is an unparalleled opportunity, a deadly maze concealing secrets of knowledge long forgotten...
This new fiction anthology collects ten stories of wizards and adventures as they venture into the ruins of the Frozen City.