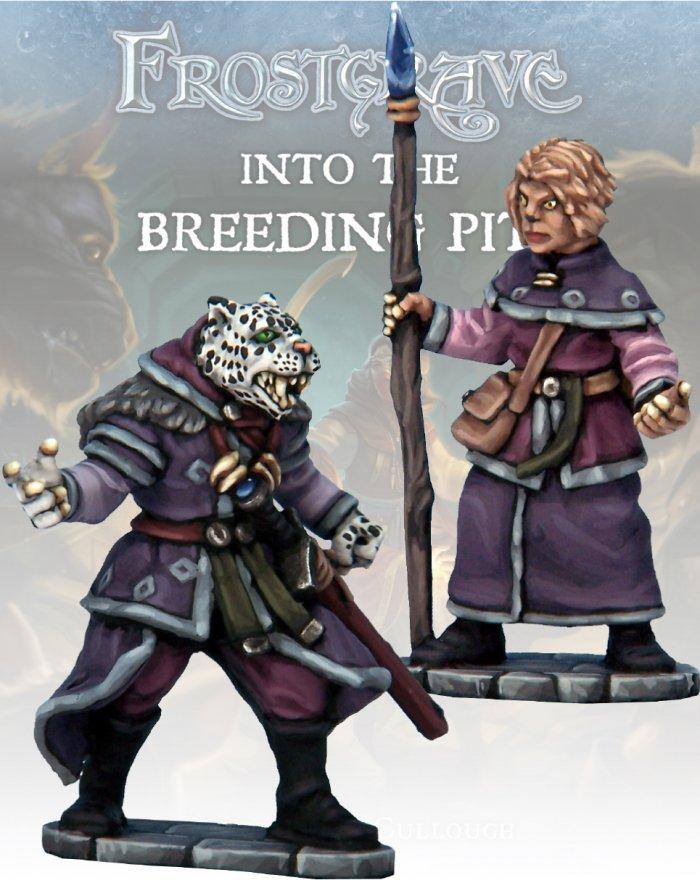 Amongst the most famous and feared of Felstads underground
residents were the Beastcrafters. Officially, the name belonged to
a specific guild of magic, but in practice the term was applied to
any wizard that worked in the breeding pits creating hybrid
animals and other monsters. Most of their creations ended up in
arenas or exported to foreign lands, but some were sold as
guardians, mounts, or exotic pets.
Since the great cataclysm, most of the knowledge of the
Beastcrafters has been lost, and even where the knowledge does
still exist, the massive laboratories, vats, and animal-handling
facilities demanded by their craft simply no longer exist. It
would take the wealth of a kingdom and several decades of work
to recreate even the smallest of ancient Felstads breeding pits.
All of that said, there are a few remaining strains of Beastcrafter
magic that tempt wizards into explorations beneath the Frozen
City. The most sought-after is the formula for the Elixir of the
Beastcrafter, a potion that the ancient wizards used to fuse their
own blood with that of animals, allowing them a greater
understanding of these creatures and also imbuing them with some
of their bestial qualities. Prolonged use of the elixir also caused the
imbiber to take on a more animalistic appearance, making them
outcasts from polite society, and driving them to spend even more
time underground with their monstrous creations.