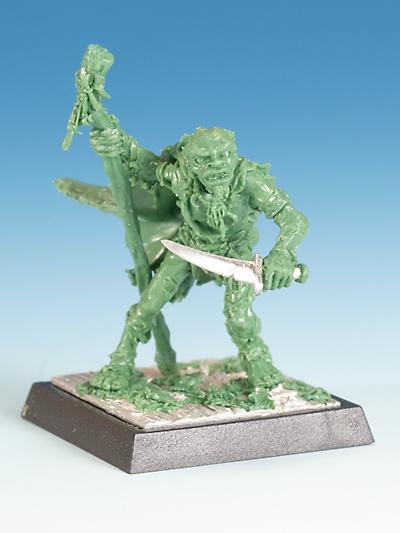 Papa Houngan is a character of the Cult and a Legend und can be hired once per crew for 80 or 105 doubloons.

The blister includes all parts needed to assemble the character in his basic or expanded version.

The miniature comes with Freebooter’s Fate character cards for the basic and expanded version including equipment cards.

The miniature is supplied as an unpainted kit and requires assembly.

This blister will be available only until the end of our anniversary year.