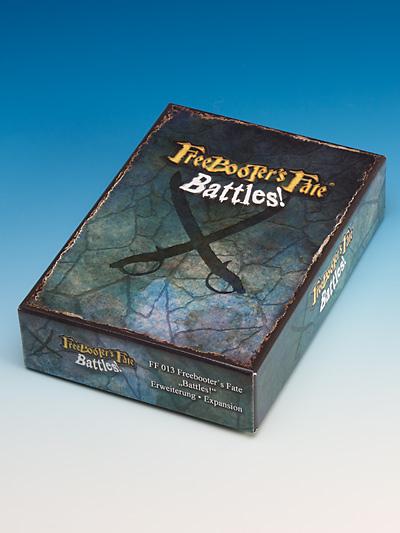 You always wanted to play with more than 750 doubloons a side? But you found it dragged on too much and you didn`t have the time? That problem has now been solved! Freebooters Fate Battles!  new cards for even more action!

A total of 140 cards for use with Freebooters Fate.