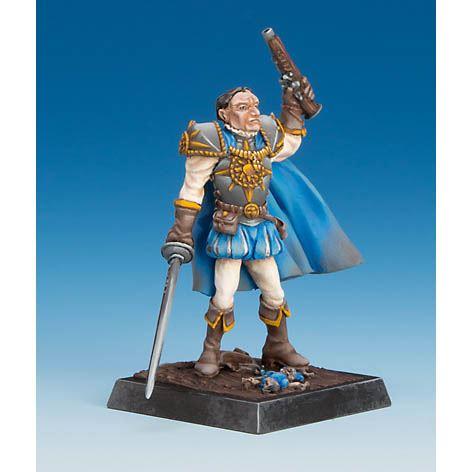 I deem you incapable of dealing with this situation in a competent manner and thus, by virtue of the powers invested in me as a Cazador by His Majesty the King, declare you to be temporarily deposed. As of right now, this colony is at my personal command.

Cazador Comadreja is an Imperial Armada leader. His goal is fighting mystics and the Cult. He is able to banish loas and protect his troops from the influence of them. His Guardsmen as well as the Cazador himself use weapons that have been specially crafted to harm mystics.