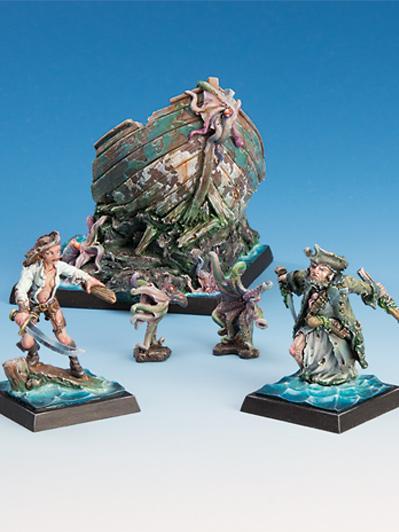 This diorama in 28mm scale includes a boat wreck cast from resin, two Freebooter\'s Fate characters and two Zombie Octopuses. The characters can be assembled to the diorama or their own 25mm base for use in the game.

*Jebedia Bowyn* is a *mystic* of the *Cult* *and the **Pirates* and can be hired once per crew for 60 doubloons. He can be accompanied by up to two Zombie Octopuses.

*Victoria Innsfoot*is a *Mercenary* and can be hired once per crew for 85 doubloons. She does *not fight* for the the Cult.