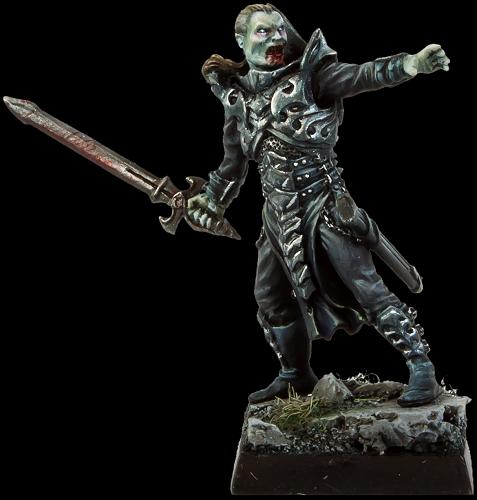 Viktor cel Rău may have the noble blood from the royal name he bears, but his blood is now cold and he does not bleed. He may be the hereditary ruler, the war-leader of his region, but he does not lead his people to war, nor keep them safe from harm. Viktor cel Rău has succumbed to the curse of his line, the curse that none dare speak of but all remember: the curse of immortality. The pursuit of it has ever fascinated the nobles of Ardeal and it has ever damned them, for everything has its price, and Viktor cel Rău has gladly paid it. His research, his delvings into the libraries of the cursed, only served to inspire him, and his confidantes, his friends, wished to share in the power it would give him - until he took them first. Generations of Ardeliu lived in terror and despair until the curse was lifted many years ago; they are destined to live in fear once more, for Viktor cel Rău, Vojvod of Ardeal, rules over them and will do so for a thousand generations more.