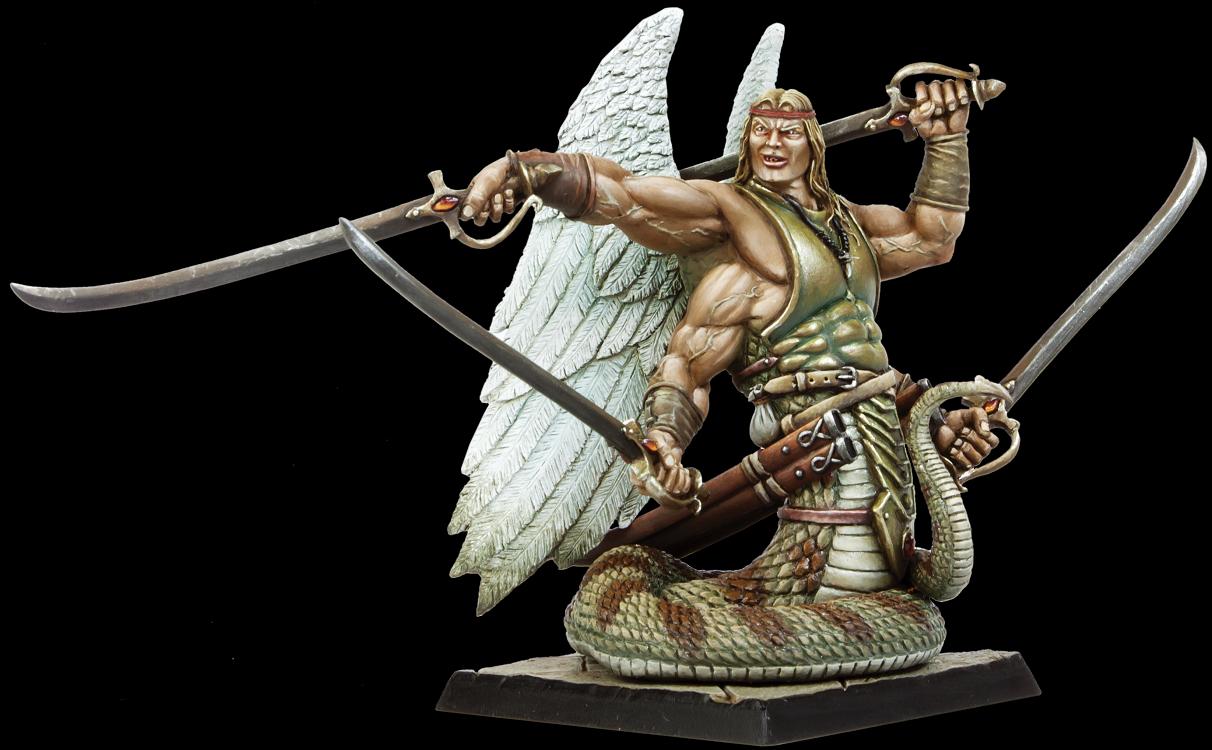 It is foolhardy to assume that the Gorgonars, and their implacable lord, the Gorgon known as Ophius, are in any way a spent force. Yet there are still some who believe so. Their lands, as all learned men know, have all but disappeared; their civilisation, it is true, may now be marked only by vengeance and fury; their continued existence an anachrony, an evolutionary path that the earth has long since abandoned and wishes had devolved ages past. Yet still they trouble the Atalantians, and others, with their devastating raids, their spite, their sheer brutality. Ophius himself, in his more lucid moments, knows that the more they seek retribution the quicker they will destroy themselves - but equally, to him and his Gorgonars, there is simply no other path they can tread, no other way they wish to live. The followers of the Sun took their lives away from them; then they destroyed the lands they had promised. Ophius knew nothing but slavery and pain before their betrayal. Now he knows nothing but vengeance.