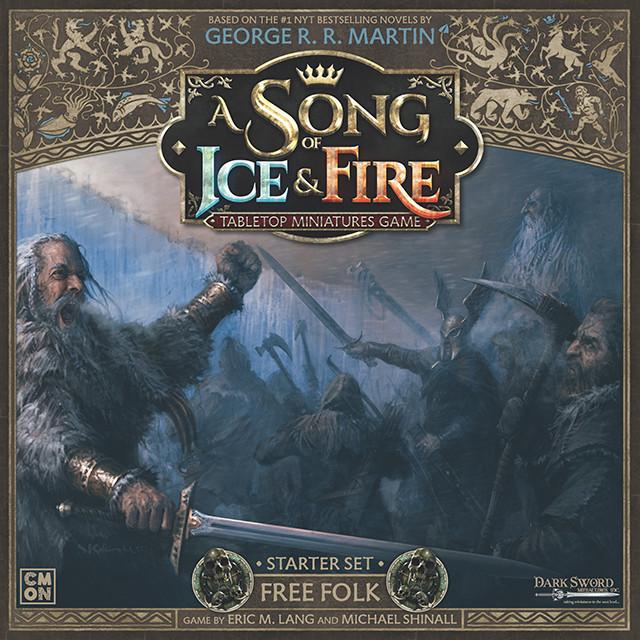 The bulk of the Free Folk forces are made up of the everyday people of the various tribes. They dont have fancy metal armor. They dont relentlessly train and drill maneuvers. They barely have weapons, just scavenging a bit of bone or old swords from the battlefield. But what they lack in military tactics, they more than make up for in one thing: numbers. When the raiders come down from the north, theyre like a tidal wave, overwhelming enemy defenses as they go.


The A Song of Ice and Fire: Tabletop Miniatures Game Free Folk Starter Box has everything a player needs to start a Free Folk army. It contains two full units of Free Folk Raiders and Savage Giants, along with a unit of Free Folk Trappers. Additionally, it has various Unit Attachments, Commanders, and NPCs to customize what players field. Also included is the game rulebook, dice, tokens, measuring sticks, terrain templates, and everything necessary to send a force to war.