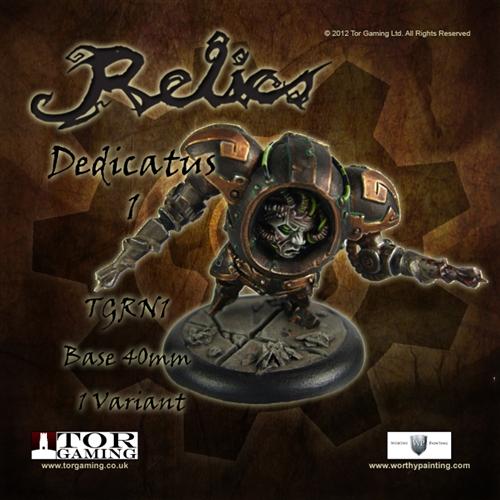 After the fall of Encartria the proud warriors of the Nuem fled deep into the mountains and became enslaved by the wretched Naedre. During the events of the Great Collapse they found a means of escape and they fled to the surface of Relicia. The pain suits that were forced upon them so long ago are no longer a symbol of their enslavement but have become something more, something irresistible. Now they have grown dependent on the torment and they embrace it virtuously and have forged their suits in the image of their deities.

Inside their cold metallic shells, they brood endlessly. Entombed within during infancy like clockwork golems, they live only to suffer eternally in a desperate attempt to reconcile with the gods they abandoned so long ago.

Pack contains 1 multipart resin and pewter miniature. Miniatures require assembly and painting. Painting materials are not included. Not suitable for children under 3 years due to small parts and pointed components.