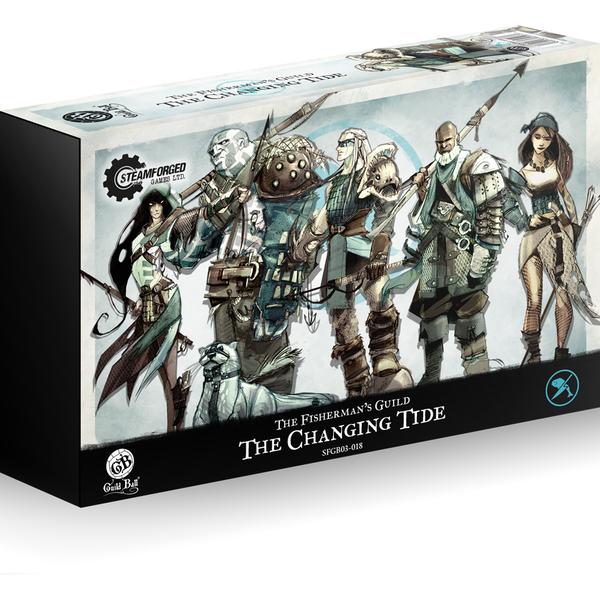 The Fishermen's Guild: The Changing Tide

Aint no other team that can catch em. Until someone seriously gets their game on, the Fishermens Guild will keep on winning.

As a cunning predator, Shark is the kind of captain crowds love to watch and players hate to face because hes aggressively fast. And hes not shy about showing off. Circling the currents of the pitch, his plays aim to shamehe darts in, steals the ball, and sinks a shot in a flash of blue. Fading back into the murky shadows, he patiently waits to strike again.

Fast, agile, and fragile, his teams playstyle is about outsmarting opponents with clever plays and swfit goals. Led by one of the fastest captains, this team clinches the early game by sinking goals quickly. Coaches who want speed and a kick stronger than the surging tides will find this Fishermen team to be a perfect match.