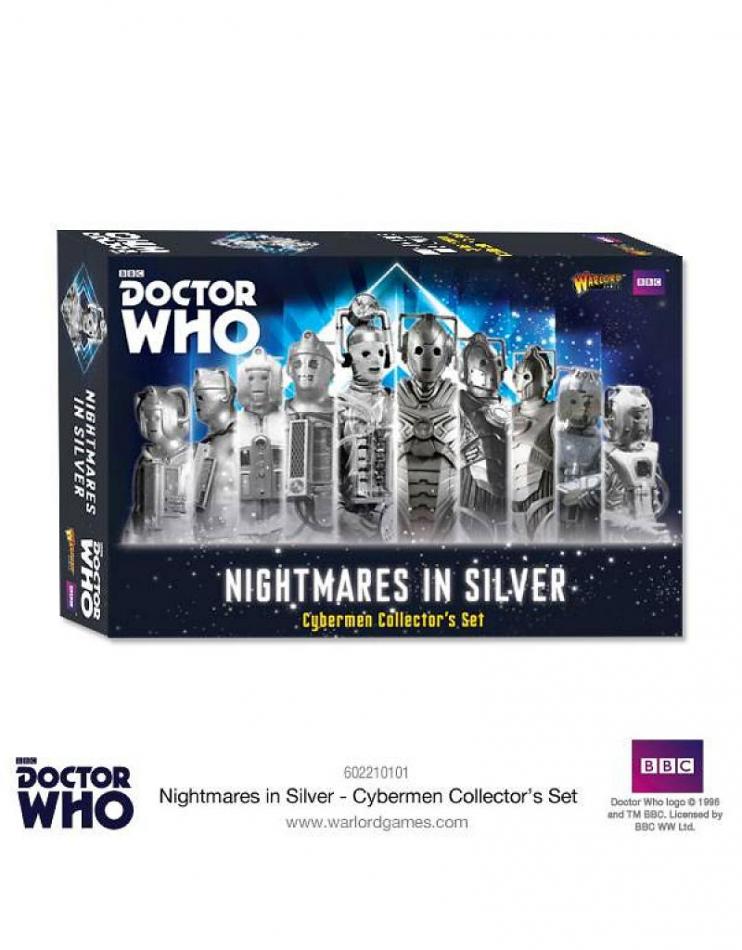 Originating from Earths twin planet Mondas, the Cybermen were originally just like us in appearance, wholly organic humanoids who began to experiment in ways of self-preservation when they realised their planets resources were dying and their lifespans were shortening. Mondasian scientists, with machinery years ahead of Earth technology, began to implant artificial parts into bodies, until these parts started to replace vital organs. With cybernetic parts added to their brains, they started to lose their humanoid emotions and became cold, calculating and logic led cyborgs. In trying to save their race, they had become monsters.
The Cybermen, small in number, set out to conquer other organic beings, turning whole races into Cybermen, and constantly tried to upgrade themselves to stronger, deadlier versions.
Unlike the subtle changes to the Daleks over the history of the programme, the Cybermen have undergone several major re-designs over the years, but the retention of the silver colour scheme, round eyeholes and the iconic handlebars on the helmet is present on every design.