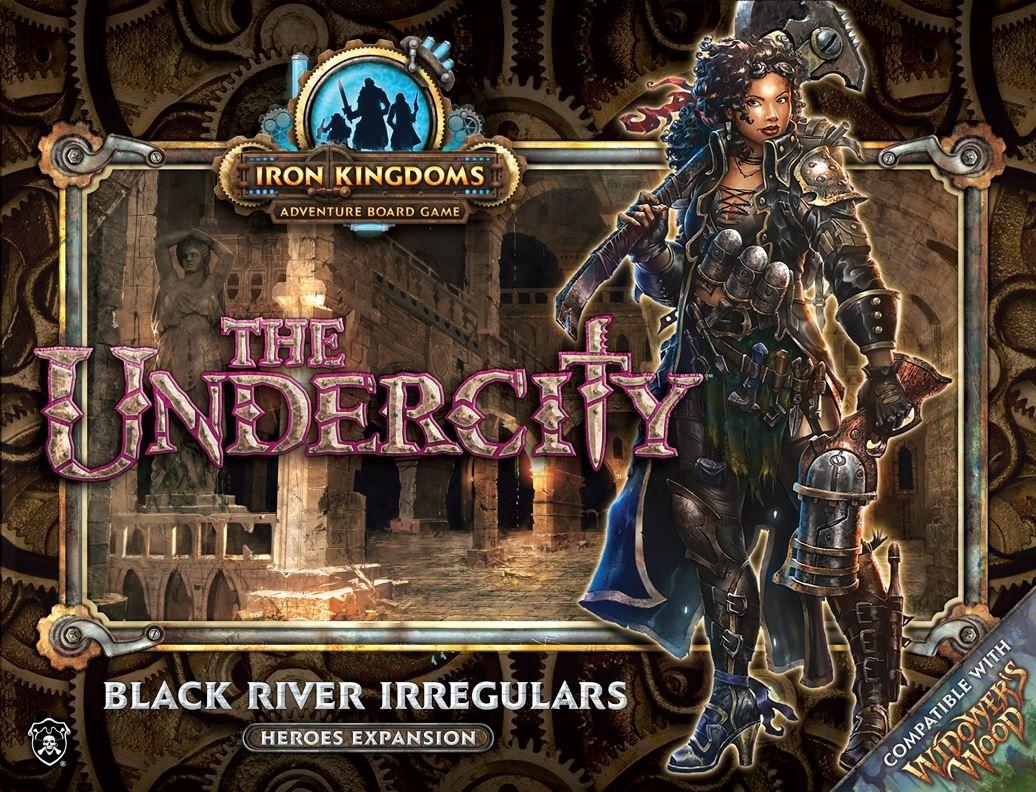 The Black River Irregulars expand their ranks with four new heroes for the Iron Kingdoms Adventure Board Games! Defeat the villains and monsters of western Immoren with the tactical acumen of Colbie Sterling, unleash the arcane power of Eilish Garrity, fight dirty with Barl Blackheel, and ward away danger with Bastian Kinnet. With these mighty adventurers at your disposal, no threat is too great, no mission too difficult!

This expansion has everything you need to add these new heroes to any Iron Kingdoms Adventure Board Game, including The Undercity and Widowers Wood. Also included are rules for increasing your adventuring party to six players, epic hero rules for advancing your character to even higher experience levels, and a new Blood Sport survival scenario that challenges you to defeat unending waves of villains.