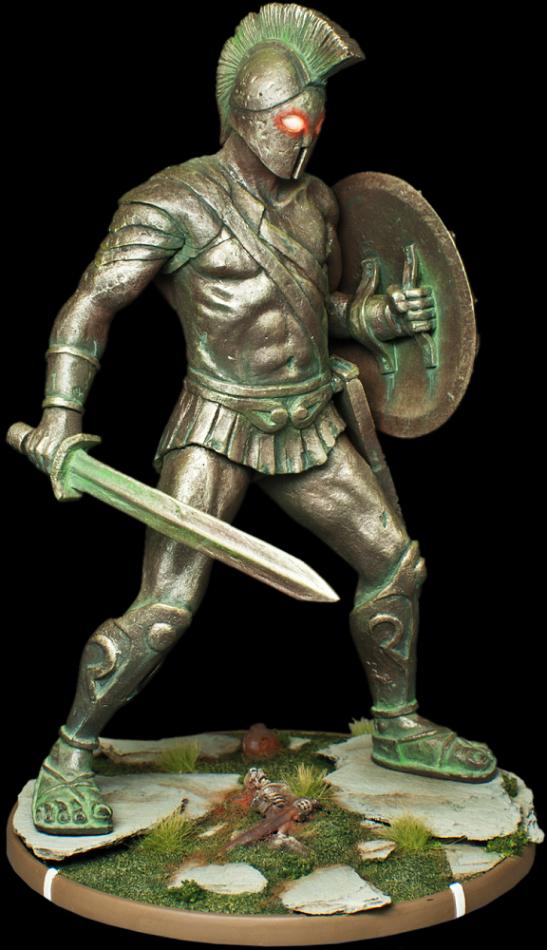 The exact origins of Talos are lost even to the Atalantes, but it would be a foolhardy man who dismissed him as a verdigrised relic, a bronze anachronism that could be ignored in any confrontation with the Ilioses of Atalantia; for Talos still fulfils his ancient function, the reason for his existence, as guardian of Kriti herself - and by extension her people. A colossus in bronze, a mighty reminder of the power the Ilioses once took for granted, Talos is yet a match for any foe that he encounters, for he marries the brute strength and solidity of ancient metal with an intelligence born of the quicksilver within him and the skill of his creator. Like most of the artifices and engines of the Atalantes, none could now ever hope to replicate the automata, and so they are revered as the wonders they are and for the power they bring to the hard-pressed phalanxes that seek to defend their lands; but Talos... Talos is the most revered and the most powerful of them all, and the Ilioses - indeed, virtually all of the Atalantes, such is his renown - believe that with Talos beside them there is hope yet for Atalantia and its people.