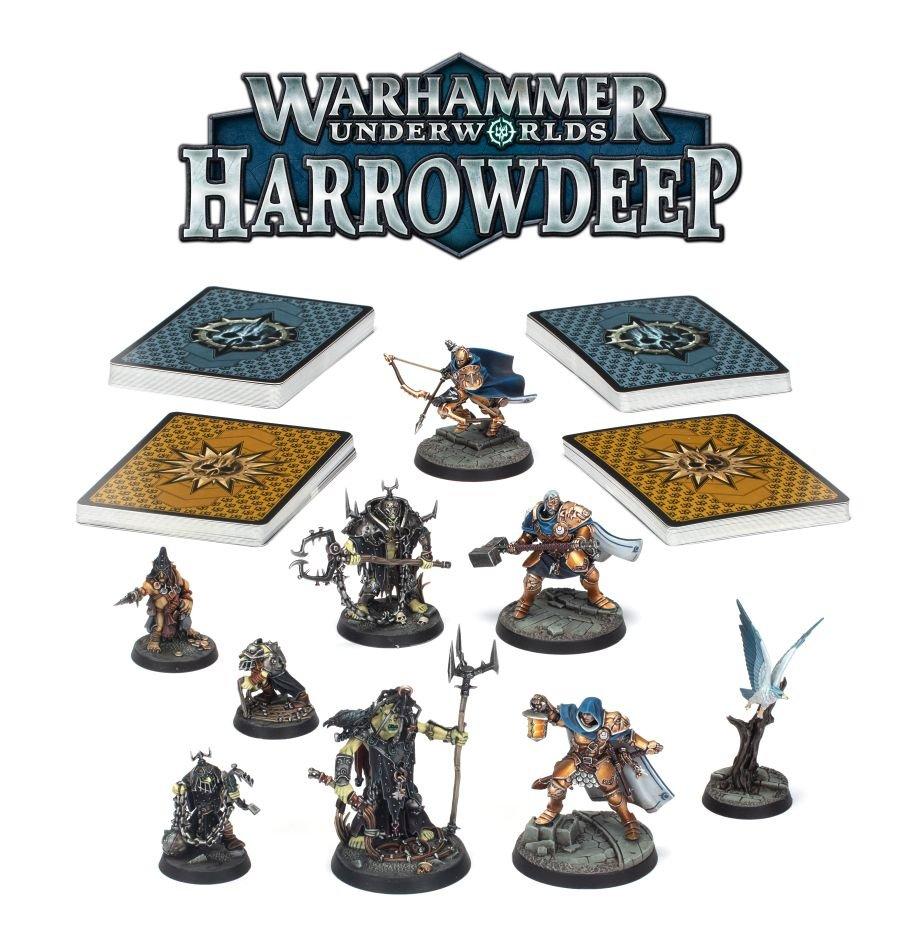 This set contains: â The complete Xandire's Truthseekers warband â a band of Thunderstrike armour-clad Stormcast Eternals and their aetherwing companion, venturing into the dark of Ulgu on a quest from Sigmar himself. Build your warband with the four push-fit plastic models, cast in blue plastic to ensure they stand out even when unpainted, plus fighter cards and a 32-card Rivals-format deck so you can start playing right away â The complete Da Kunnin' Krew warband â a gang of sneaky, cutthroat greenskins from the swamps of Ghur aiming to claim the dark, dank corners of Harrowdeep for themselves. Build your warband with the five push-fit plastic models, cast in dark green plastic, and build your decks with fighter cards and a 32-card Rivals-format deck to get stuck in as soon as possible This box contains push-fit miniatures which are supplied unpainted and require assembly