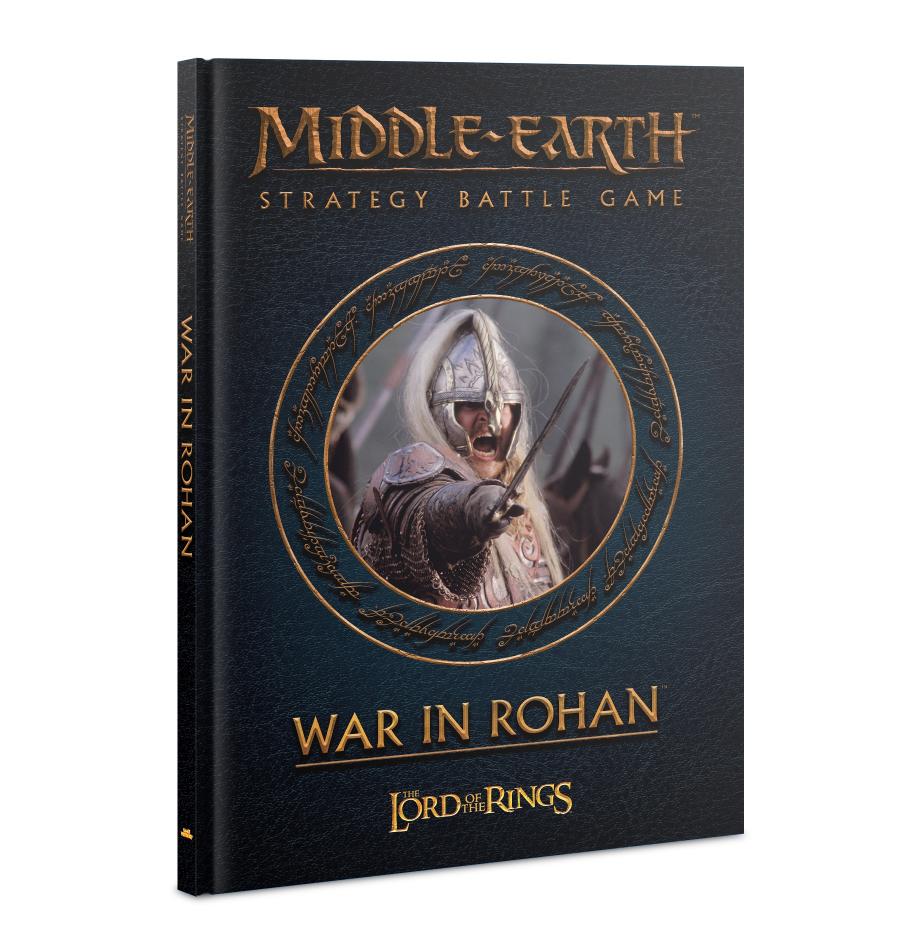 Inside this 128-page hardback supplement, you will find:

 History of Rohan: A guide to the realm, from its founding by Eorl the Young to the time of Helm Hammerhand and the troubled reign of King Théoden at the end of the Third Age.
 Scenarios: 24 narrative play Scenarios ranging in size from small skirmishes to mighty clashes let you refight your favourite battles from the books and films, from the burning of the Westfold to the fateful siege of Helms Deep.
 War in Rohan Campaign: Link the Scenarios together into a flowing campaign, with each battle having an impact on others.
 Sieges: Brand-new rules for fighting sieges, including siege equipment, profiles for various items and equipment that you might encounter during a siege, as well as internal and external doors found within a castle. Also includes two Siege-specific Scenarios to allow you to recreate siege battles of your own creation.
 Armies: Background, tactics and army lists for Rohan, Lothlórien, Fangorn, Isengard, and Dunland. Includes new profiles for a range of Heroes.
 Legendary Legions: Nine stand-alone army lists representing the forces that fought in famous battles of the War of the Ring including: The Defenders of Helm\'s Deep, Théodred\'s Guard, Riders of Éomer, Paths of the Druadan, Uglûk\'s Scouts, Wolves of Isengard, Assault upon Helm\'s Deep, and Army of Dunland.
 Miniatures showcase: A selection of Citadel and Forge World models for each of the armies in this supplement.