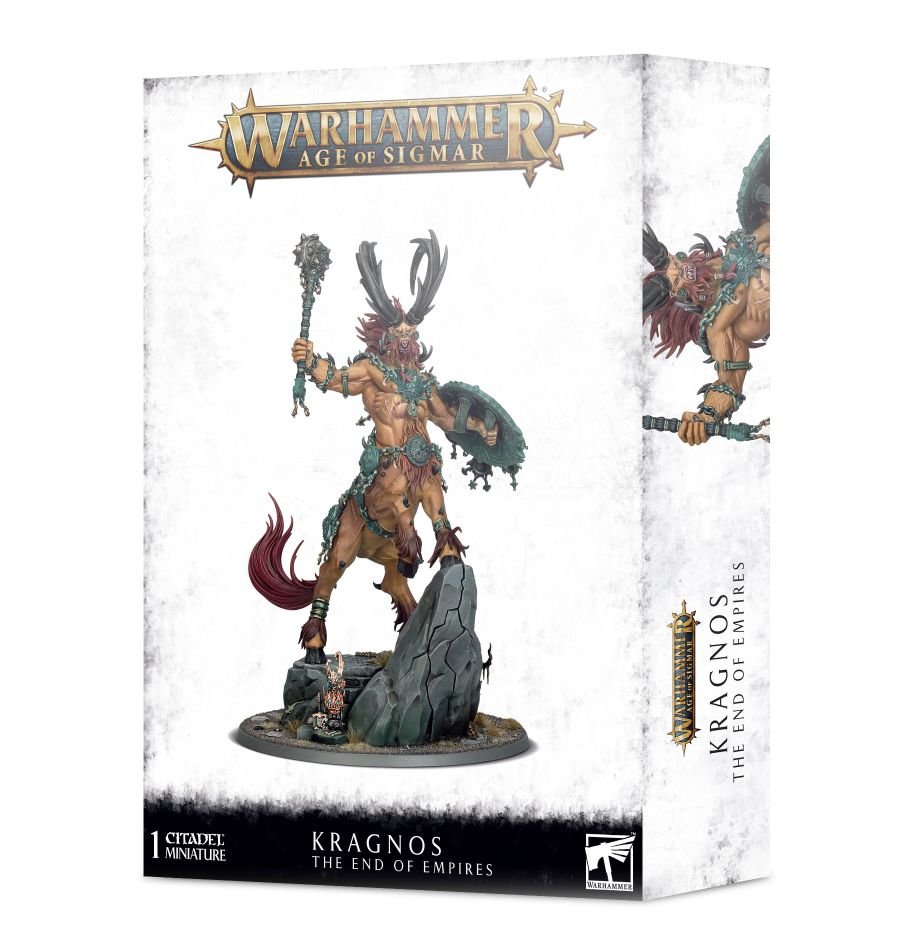 Kragnos the End of Empires

Many centuries before the rule of Sigmar a deity roamed the realms gaining tribute from lowly mortals seeking to appease the god of earthquakes. Kragnos took a savage toll across the lands which he trampled under his thunderous hooves nearly slaying all the dragon's of the realms when he was finally stopped by the cunning of the slann Lord Kroak. He was trapped for ages inside the heart of a mountain before being inadvertently freed by the power of Alarielle' Rite of Life spell. Now this god of pure destruction and fury is free to ravage the realms of mortals once more and seek vengeance on those who kept him locked away for so long. The kit is comprised of 74 plastic components, with which you can assemble one Kragnos, the End of Empires. Multiple options are given for assembly, including three different faces and two poses for his neck and head (one looking left, while the other looks right). This model is supplied with a Citadel 130mm Round Base.