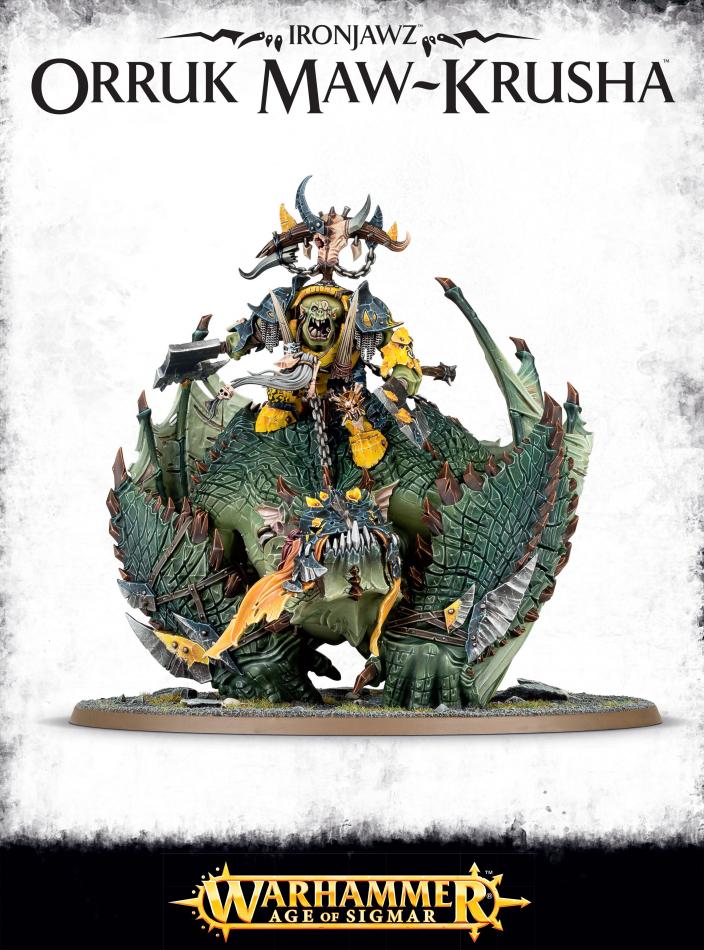 Orruk Megabosses are pretty killy  its how they become as huge as they do, all that stompin causes them to grow and grow and grow until the power of the Waaagh! flows through them. But for some Megabosses, this isnt enough! These particularly angry orruks seek out and subdue enormous Maw-krushas (often by yelling really, really loudly at them)  ill-tempered and powerful creatures who enjoy smashing stuff up almost as much as the orruks themselves. This uneasy pairing never really gets along especially well, and the Megaboss needs to constantly remind his Maw-krusha whos in charge with the liberal application of an iron boot to the back of the head. Despite this, almost nothing on the battlefield can withstand their noisy rampage, and the immense number of kills they rack up inspires nearby orruks to fight ever harder.

This multi-part plastic kit contains all the components necessary to assemble one Megaboss on Maw-krusha. Standing atop his fierce steed, the Megaboss is armed with either a boss gore-hacka and scrap-tooth or a choppa and rip-tooth fist  both options are suitably killsome. The Maw-krusha features an alternative mask and bladed tail. This kit contains 63 components, includes a Citadel 160mm Round base, and can be optionally assembled as Gordrakk, the Fist of Gork.