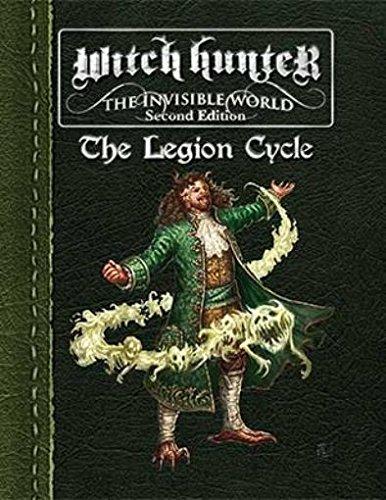 An Ancient Evil Stirs A child, blessed by the Almighty with visions to aid the fight against the foul Adversary, has been spiritually assaulted by vicious devils of all sorts. Taken to the famed Court of Whispers, birthplace of the Accord, Witch Hunters from throughout Europe have attempted to aid her to no avail. The characters are compelled to follow her visions across the ocean to the New World. Can they triumph against the forces of the Adversary before the veil between worlds is torn asunder and devils walk the Earth? Omens and signs lead the Witch Hunters to seemingly unrelated events: discord in an idyllic new world fishing port, an English sea captain and his beautiful daughter pursuing a fortune in silver,and rumblings of danger in the islands of New Spain, all unfold in the machinations of an ancient menace. The world stands on the brink, and only the Witch Hunters stand in the way!