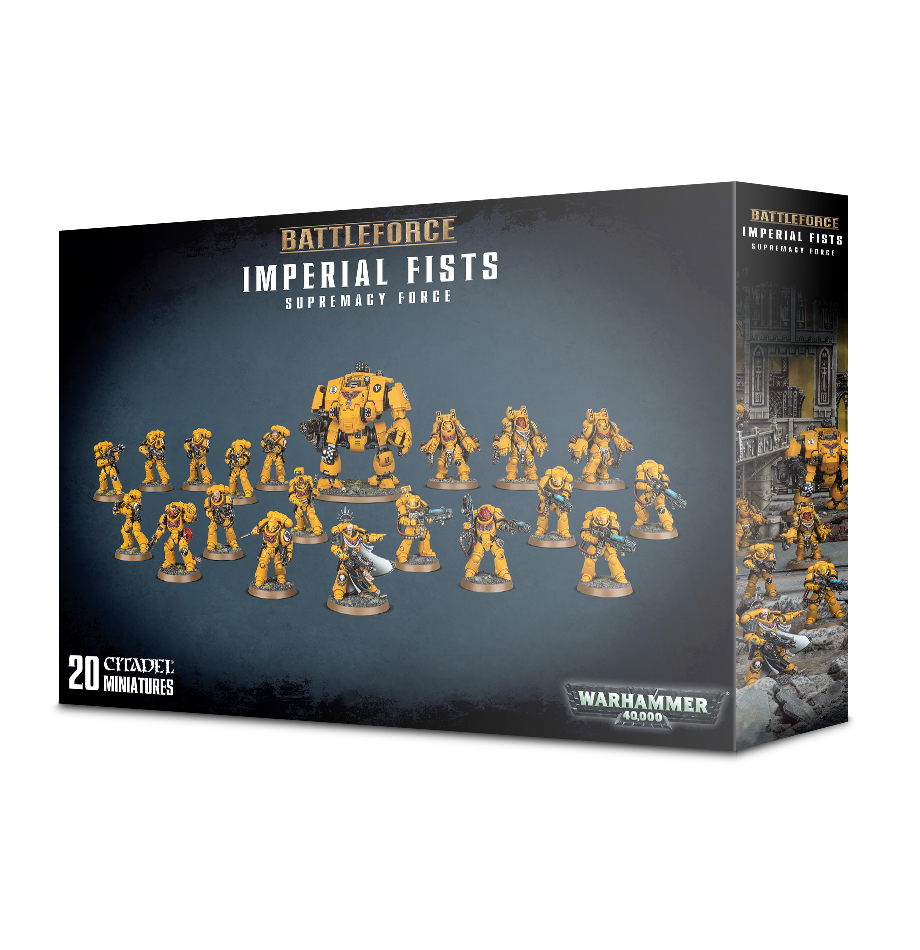 The Imperial Fists are renowned for their fire discipline and mastery of siege warfare, and the units found within the Supremacy Force set exemplify these traits. From large units of Intercessors and Hellblasters to Aggressors and a Redemptor Dreadnought, you'll not want for firepower after picking up this set! Heres a breakdown of what youll find:

- 1 Primaris Captain, who can be armed with either a master-crafted bolt rifle or master-crafted stalker bolt rifle. The miniature comes with a choice or bare head or helmet, and it can be assembled to be pointing or wielding a power sword.
- 10 Primaris Intercessors, which can be equipped with any of their primary weapon options  a bolt rifle, stalker bolt rifle or auto bolt rifle.
- 5 Primaris Hellblasters, each of which can be armed with a plasma incinerator, assault plasma incinerator or heavy plasma incinerator.
- 3 Primaris Aggressors, who can be assembled either with auto boltstorm gauntlets and fragstorm grenade launchers or flamestorm gauntlets.
- 1 Redemptor Dreadnought, the kit for which includes all of its available weapon options.
- 3 Imperial Fists Primaris Upgrade Frames, each containing 5 Intercessor shoulder pads, 1 Intercessor Sergeant shoulder pad and 3 x Aggressor shoulder pads, all featuring the insignia of the Imperial Fists Chapter. Also include on the frames are 3 heads (1 helmeted, 1 with rebreather, 1 with antenna), 1 right arm holding a bolt pistol, 1 left arm with power fist (and Imperial Fists icon on the fist) and 7 decorative pieces: 1 sensor, 1 tilting plate, 5 Imperial Fists honorifics.